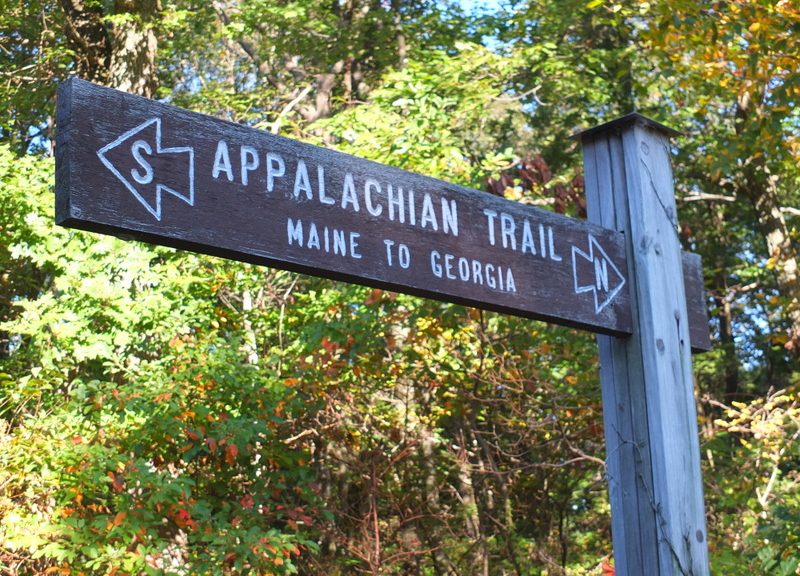 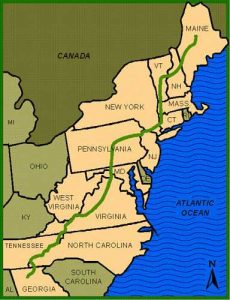 No doubt that the Appalachian Trail is the most famous hiking trail in the USA, and I would like to spend some serious time exploring my way along it some day.  For the time being though, I’ll have to content myself with just a taste.  I owe that taste to my host during a visit to southeastern Pennsylvania.  About 230 miles (370 km) of the trail passes through Pennsylvania — that’s about 10 percent of the total AT route. 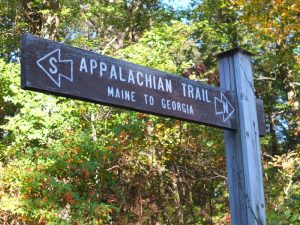 My host Chet and his friend James are bicycle people who graciously agreed to dismount for the day and forge out on the trail.  We drove through the scenic countryside of Lancaster, Lebanon, and Birks Counties toward a place where we could access the route.  As we progressed northward, a long, forested ridge from west to east formed the horizon … Blue Mountain.  After a long, steady climb up toward the ridge top we came upon a trail sign and small parking area that was our departure point.

Proceeding east on foot my first impression was of a very rocky pathway … jagged rocks protruding in every direction for long stretches.  There was lush surrounding forest though with deciduous trees and ferns on the forest floor.  The funny thing was that the ground to either side of the pathway seemed smooth, soft, and enticing.  All the rocks seemed to be piled in the pathway.  The path surface was higher so it wasn’t a case of the tread eroding or being worn down to the rock … curious. 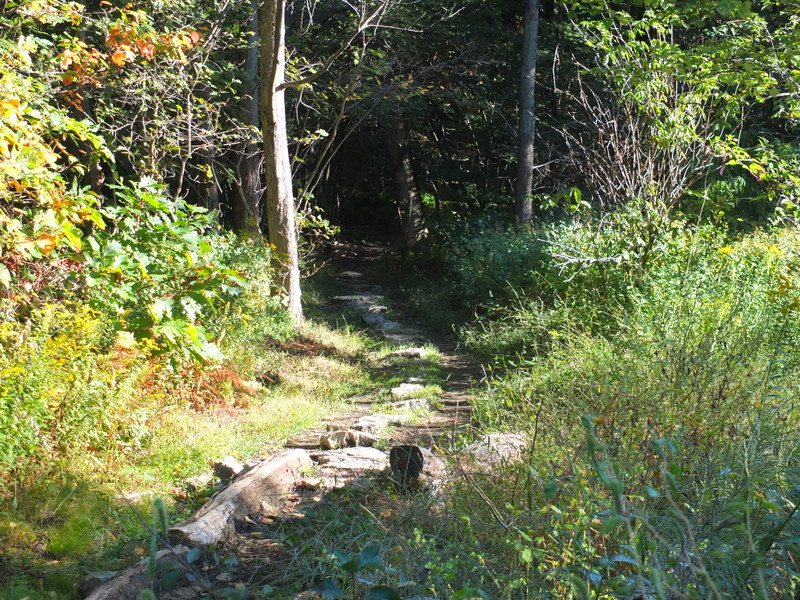 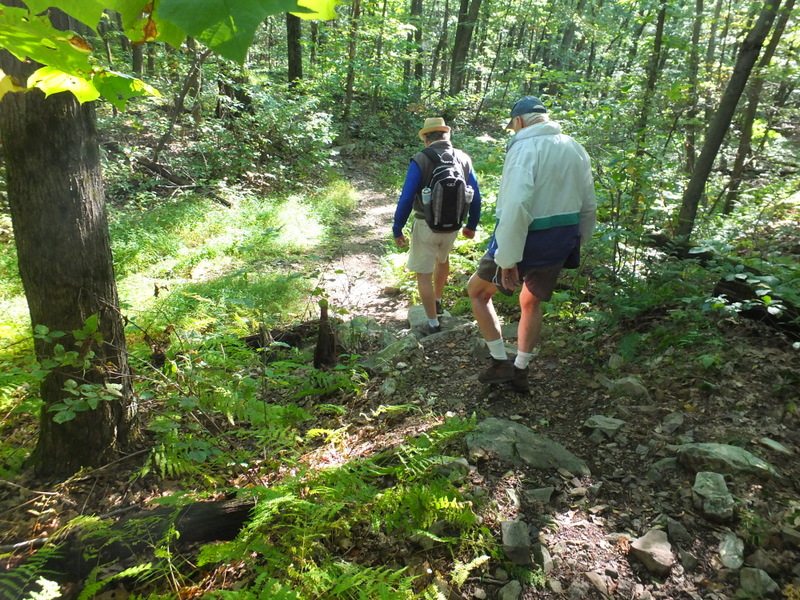 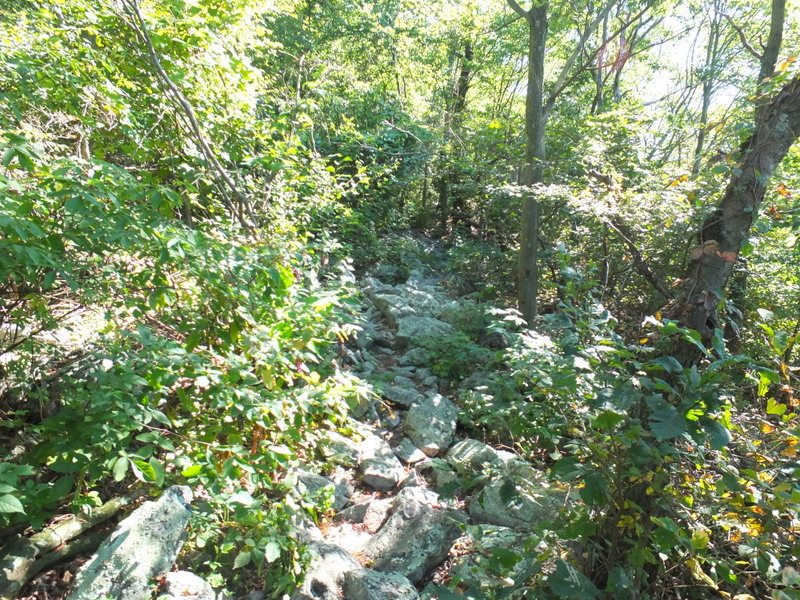 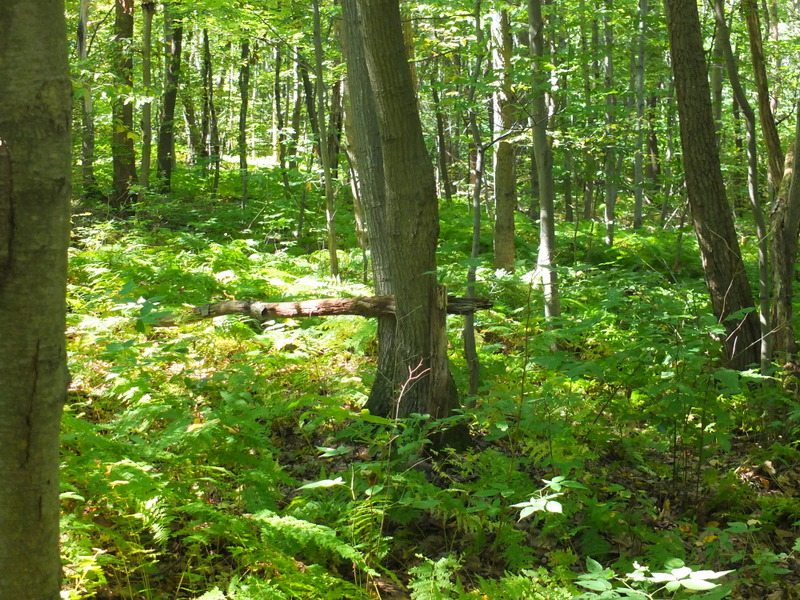 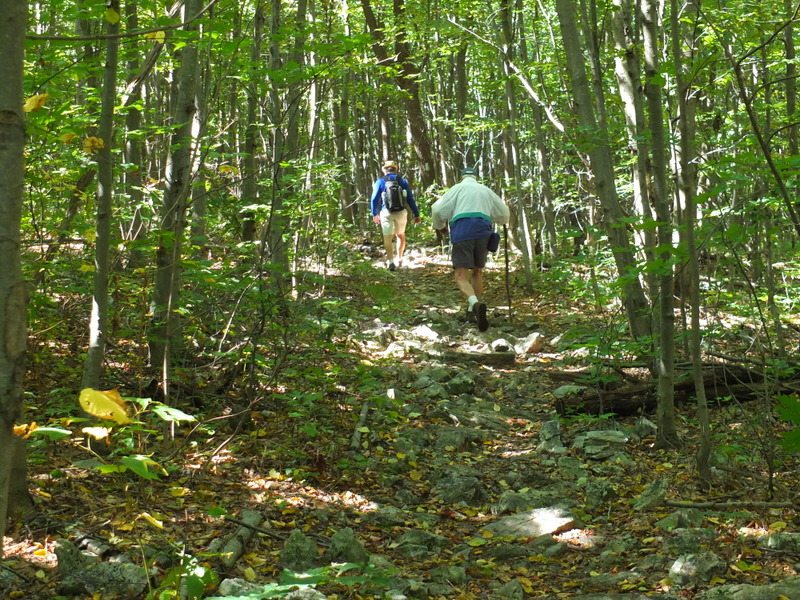 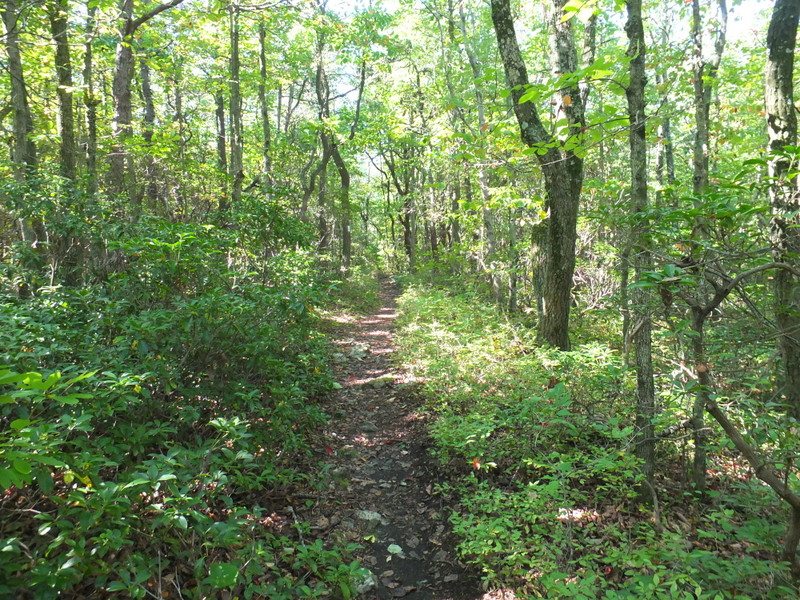 We made our destination the intersection to a side trail called the “Showers Steps” at a geographical feature known as “Roundhead”  (“Round Top” to the locals) where there is an overlook with an expansive view of the valley to the South.  It was a great place to sit, have a snack, and take in the view.

This location also has an interesting history.  Apparently, the original routing of the AT was to the north, bypassing the terrific views from Round Head.   A local fellow by the name of Lloyd C. Showers  figured that a side trail from the AT down to the the highway in the valley passing over Round Head would expose travelers to this excellent vista and he led the effort to get it built.  Five hundred stone steps were put into place over a many years project and Lloyd even set up a behest intended to provide for the future maintenance of the steps and trail.

From what I have read, the behest eventually was exhausted, the steps have deteriorated, and the access permissions from the base of the steps to the highway have become uncertain.   However, the route of the AT was re-routed at some point to incorporate Round Head and the views that it offers. 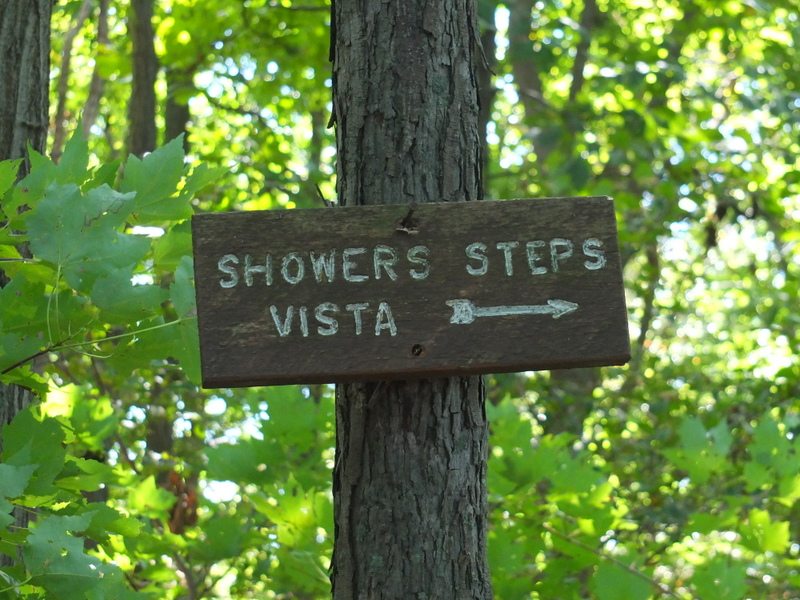 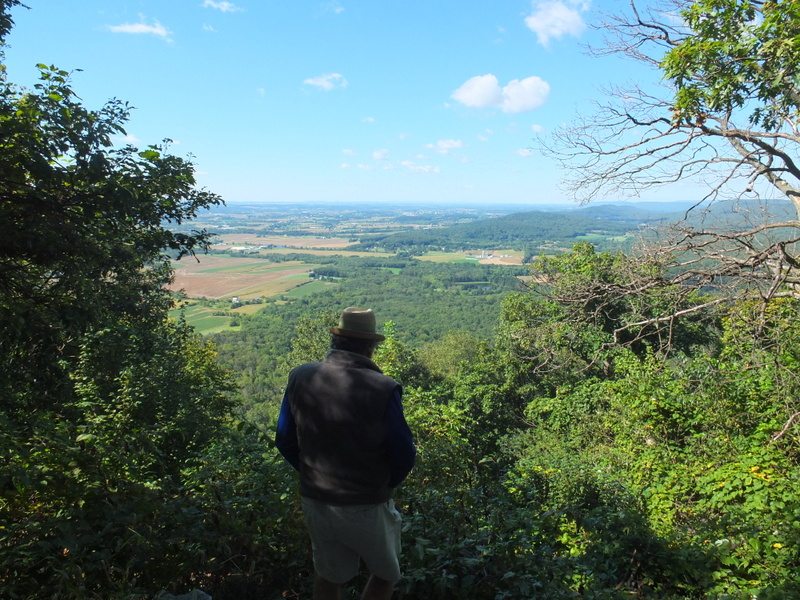 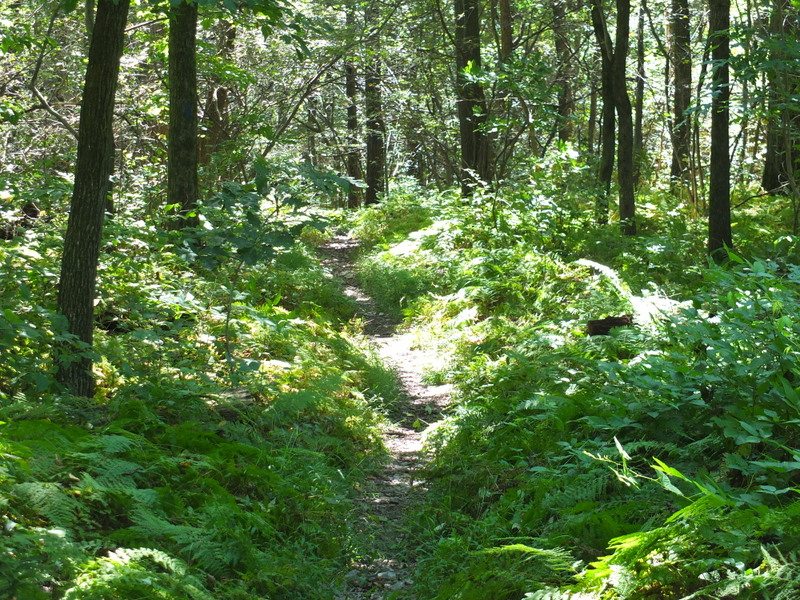 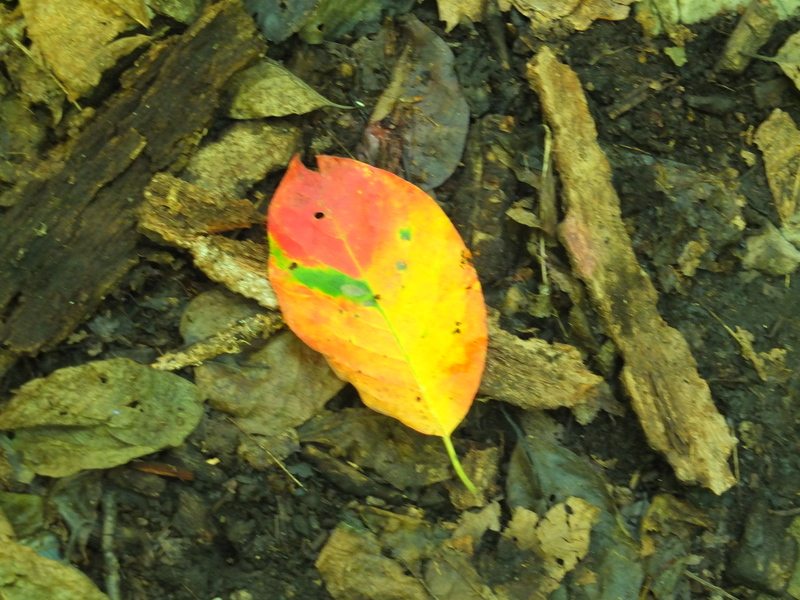 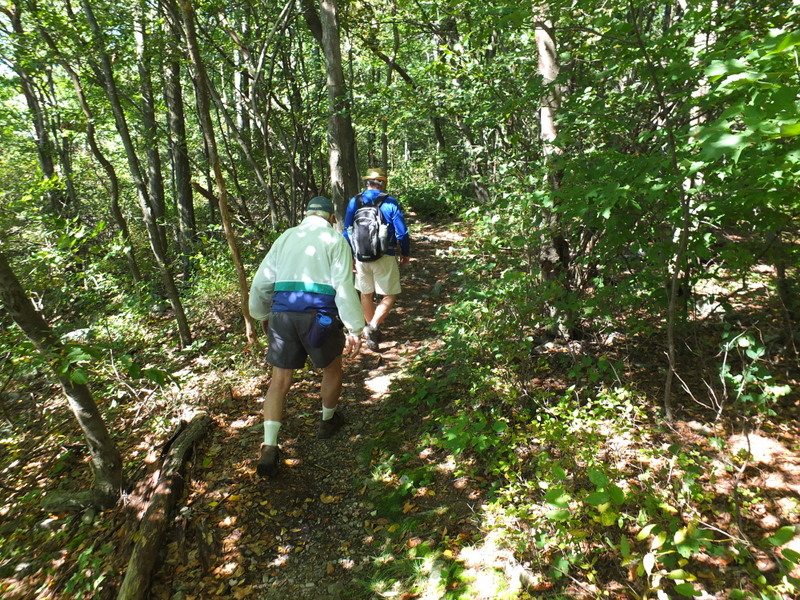 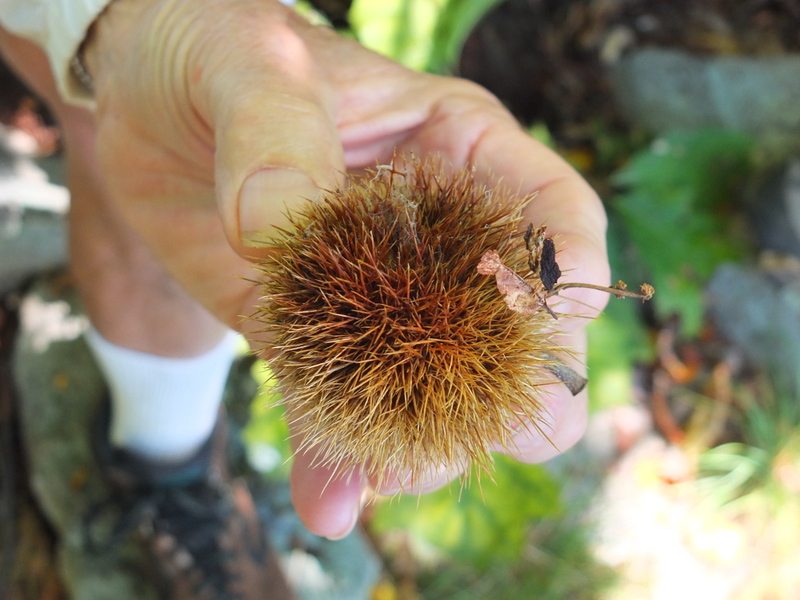 We encountered a steady stream of hikers along the way.  Judging from their kit, I’d say they were evenly split between day hikers and long range hikers.  A few of them said they were through hikers — people who were hiking the whole AT from end-to-end. 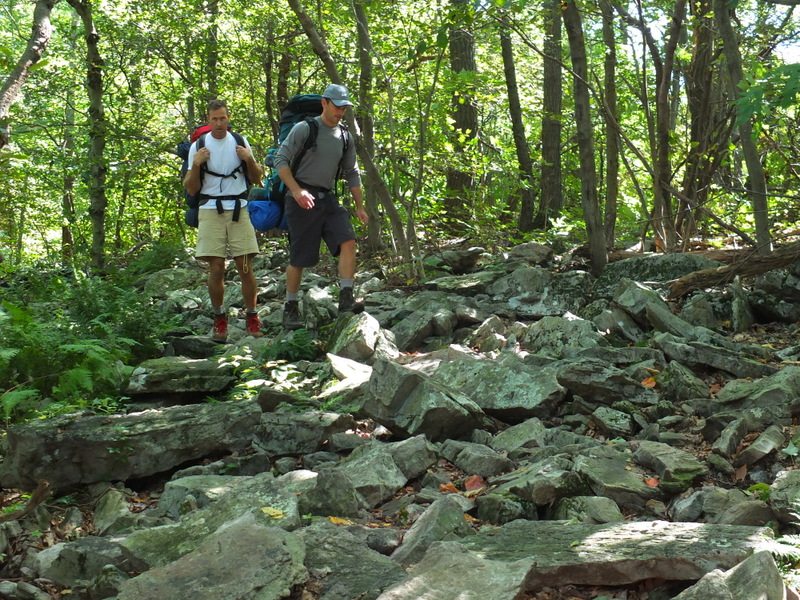 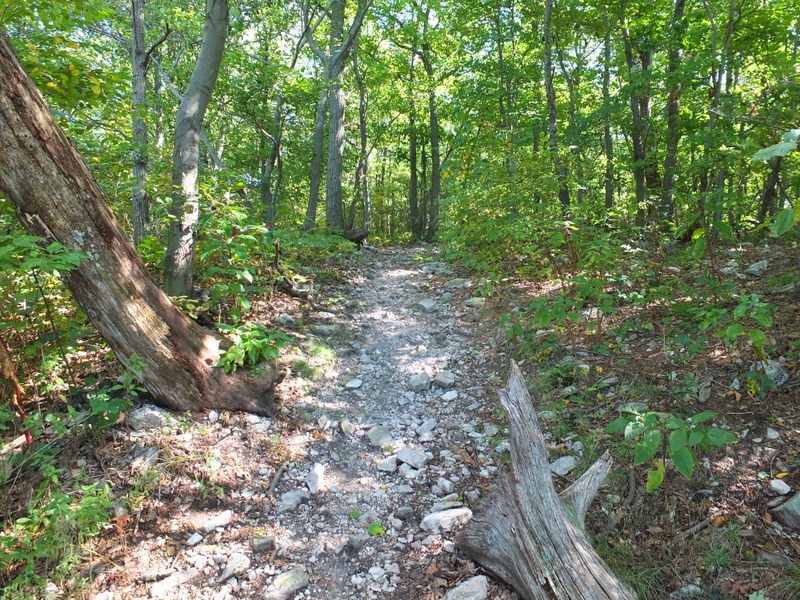 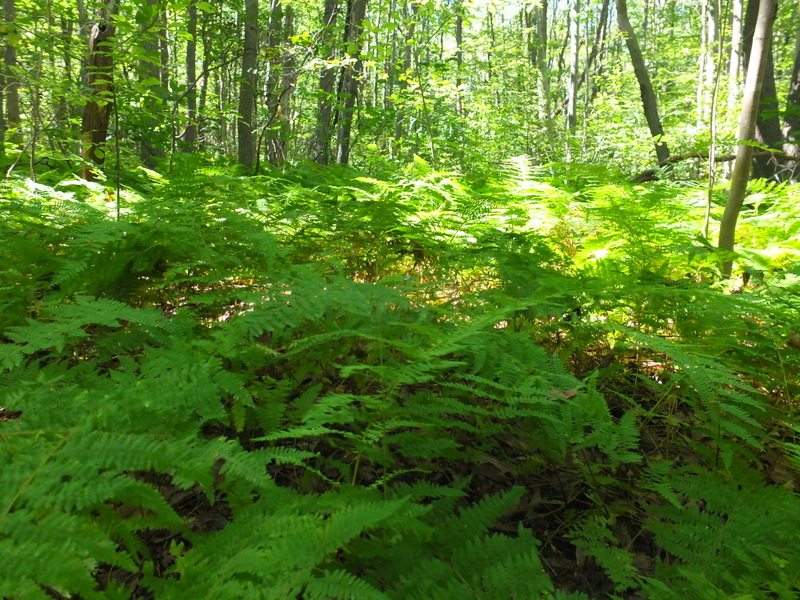 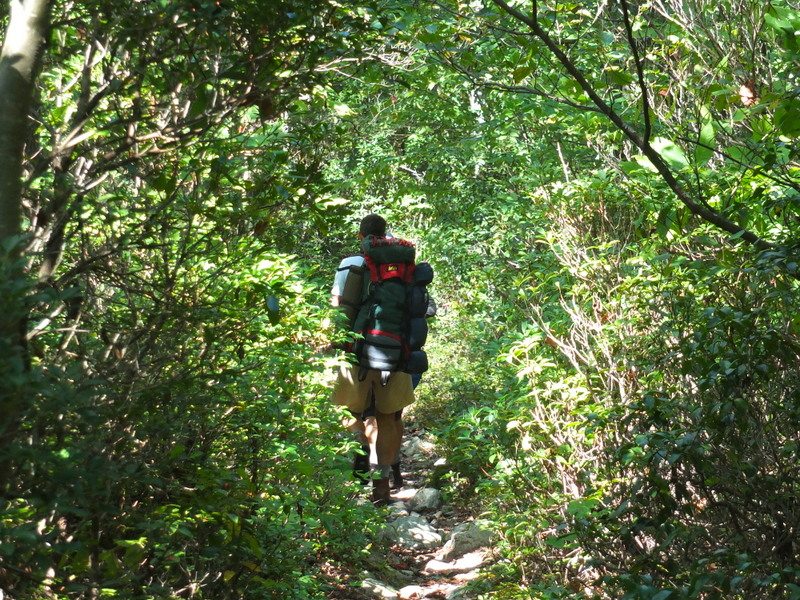 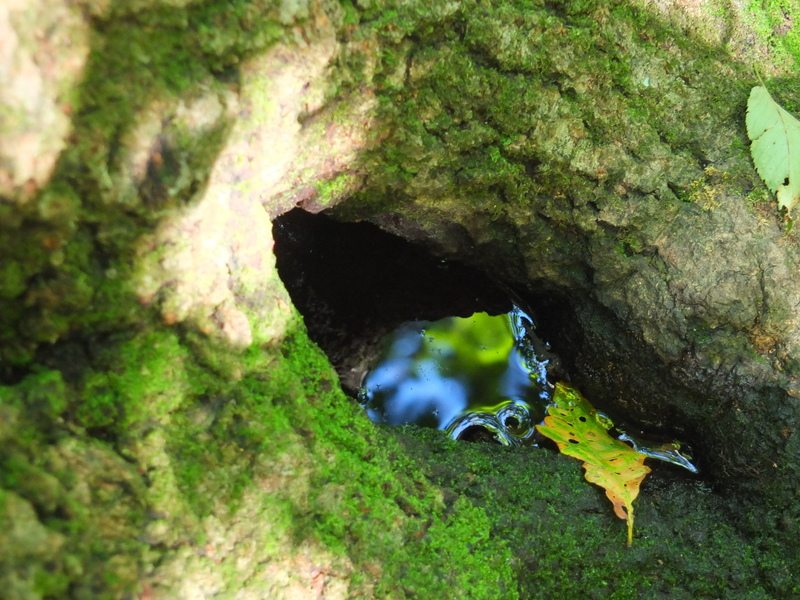 Always ready to try out a local brewery following a nice hike, I took the opportunity to check out Appalachian Brewing Company in Lititz, PA.   Appalachian operates a brewery in Harrisburg and six nano-breweries in a series of six brew pubs in the region.  The brew pub in Lititz is one of these.  It is situated in a beautiful old factory building that also houses offices.  In one of the buildings prior uses it contained a rehearsal space that hosted some of the biggest names in rock and roll. 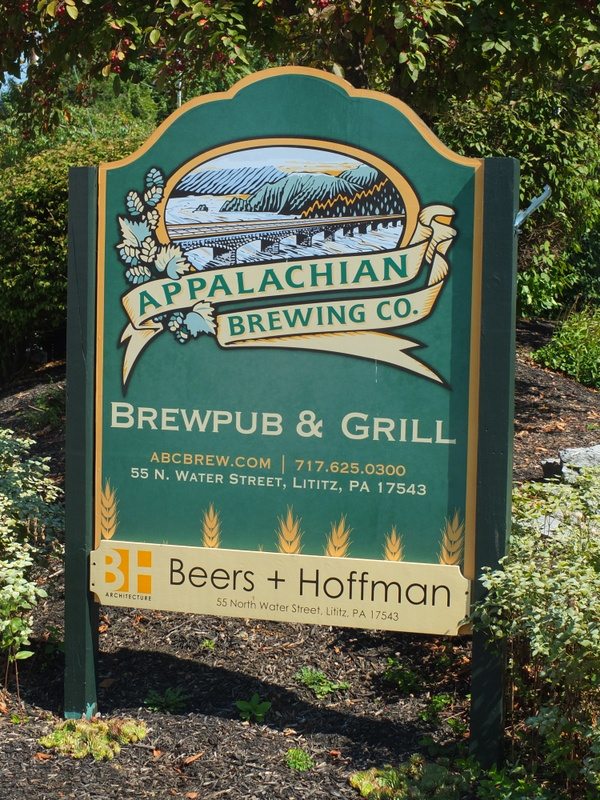 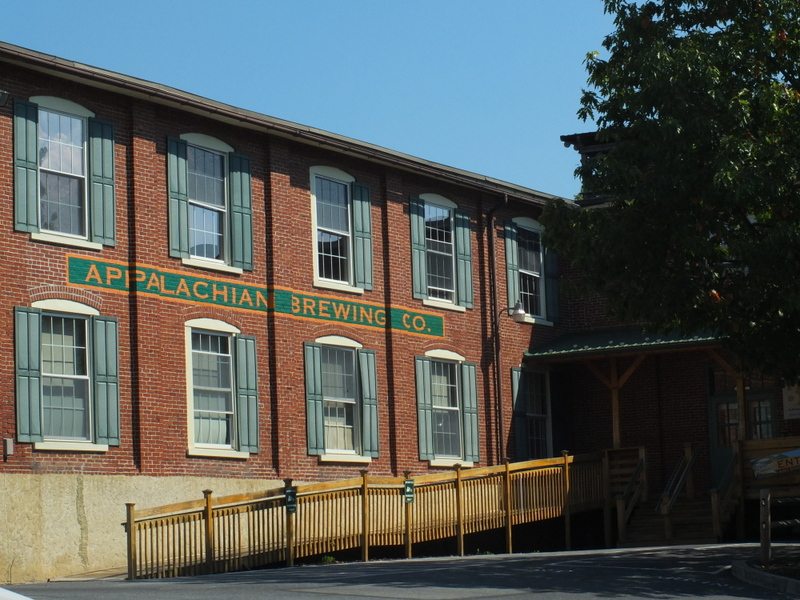 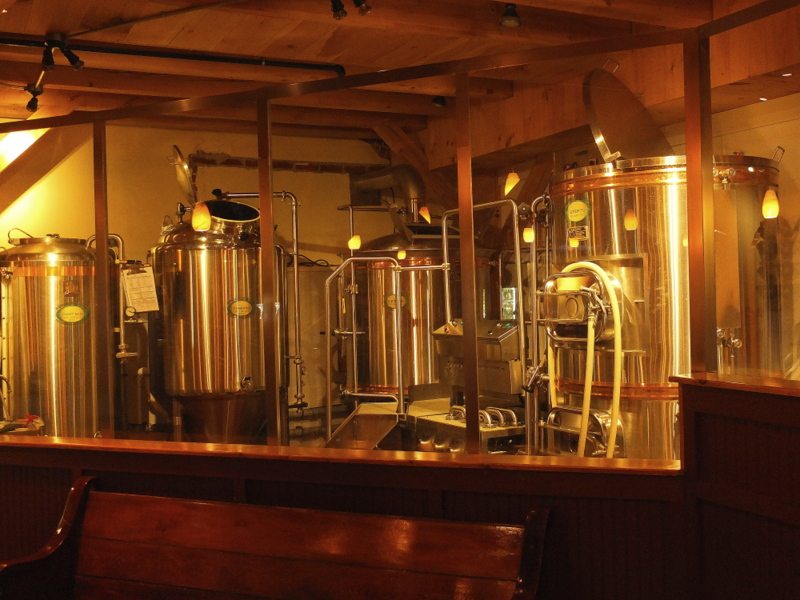 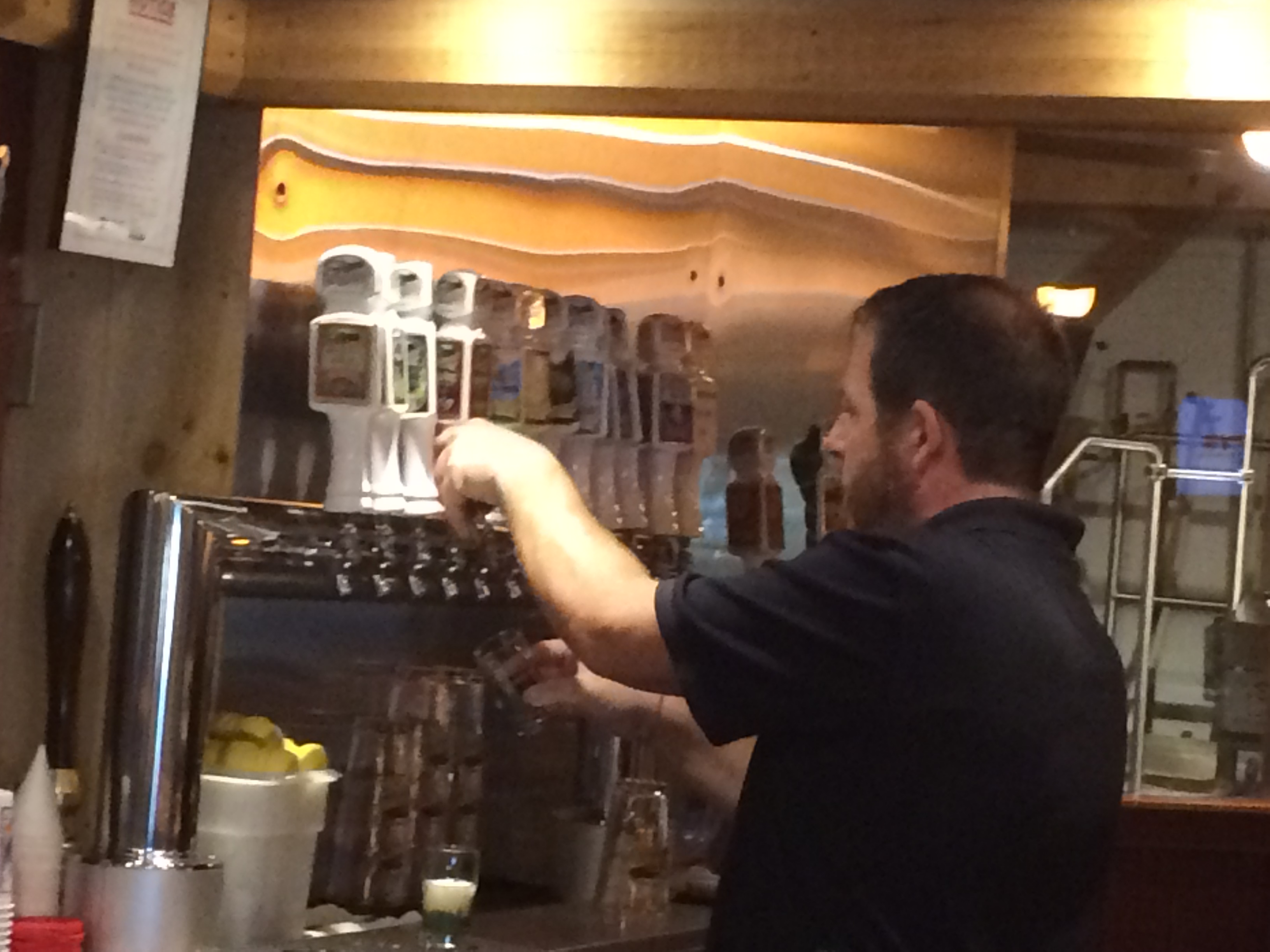 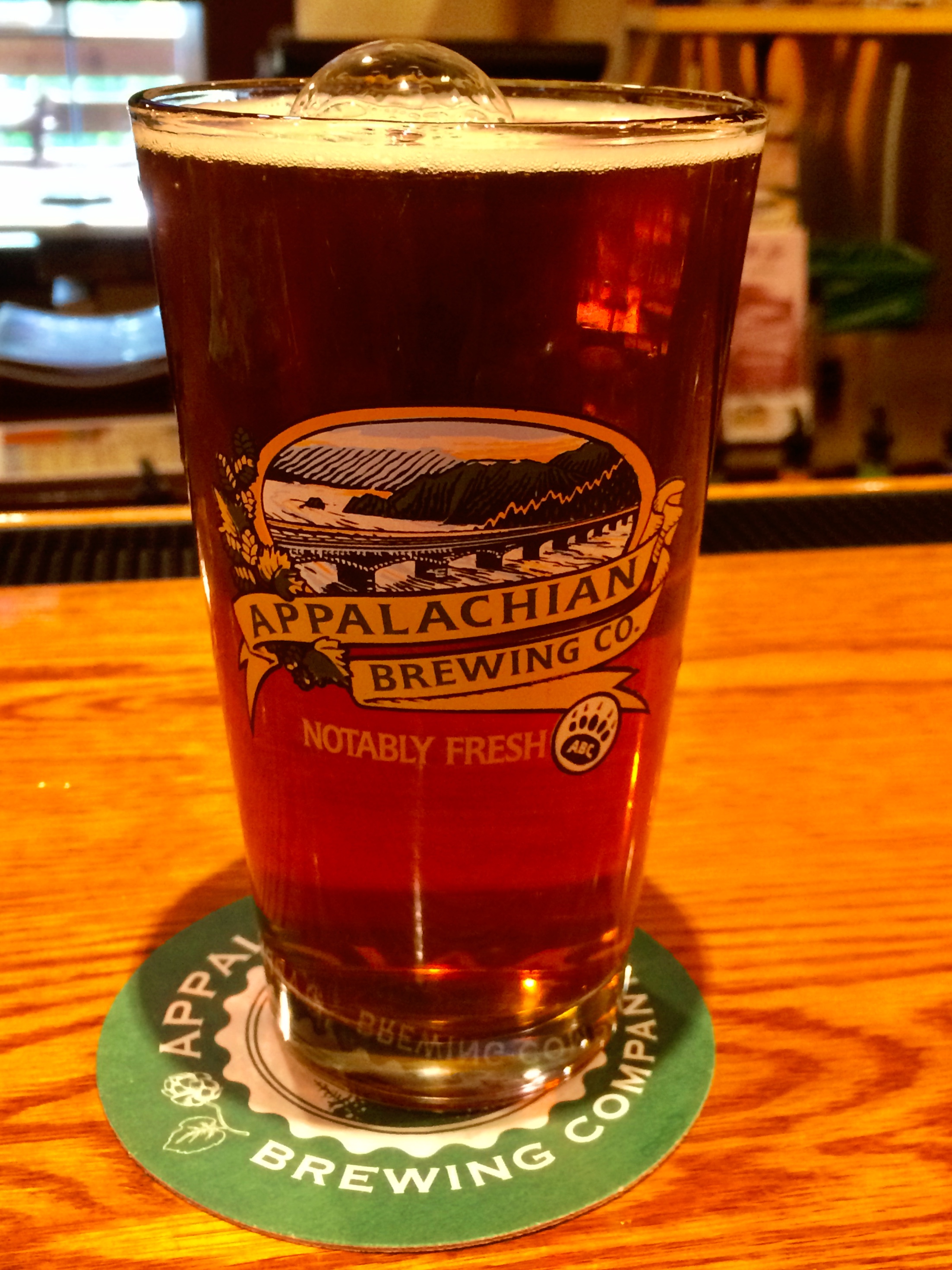 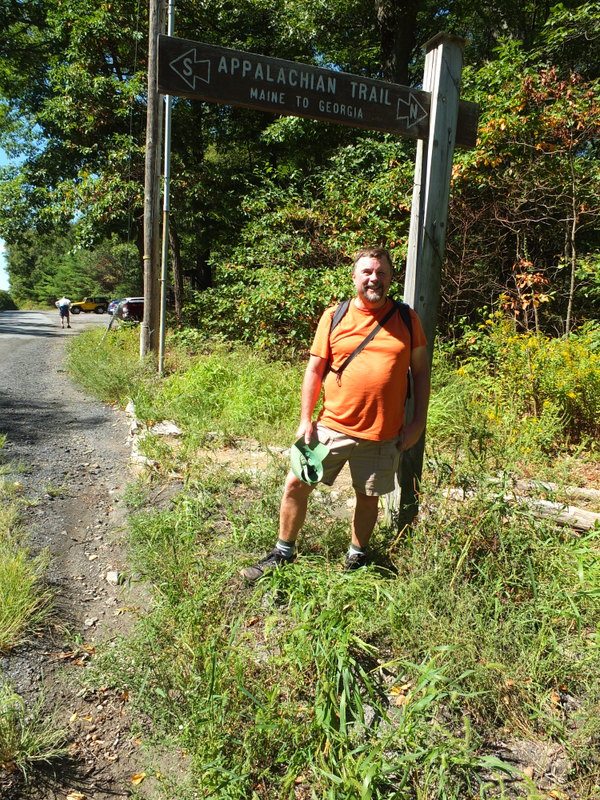