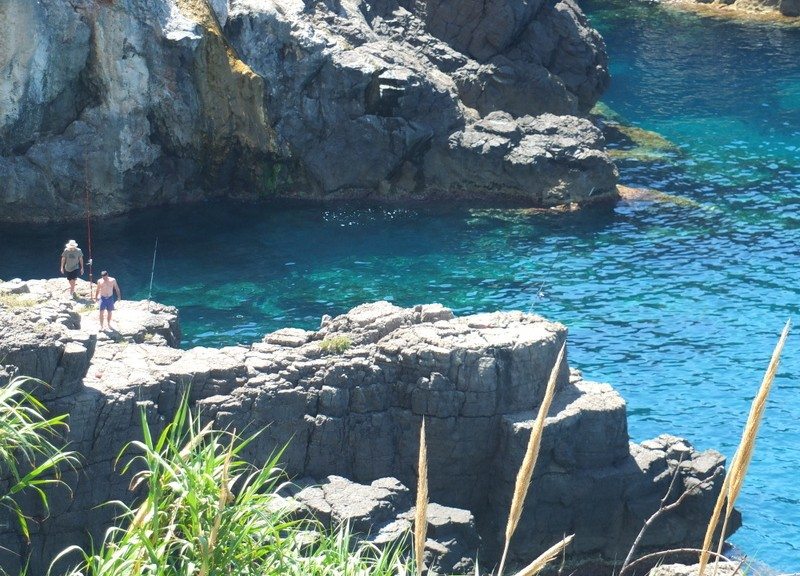 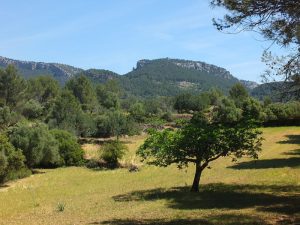 As a part of my time on Mallorca, I was blessed to have a visit from my wife.  She is not yet retired as I am and her support and generosity play huge in my ability to travel a bit and do what I want to do.  Her time was limited, so we decided to base out of Palma and spend our time between day hikes in the countryside and some days exploring the city.

Our Air BnB hosts in Palma were a young couple, soon to be married in the village of Banyalbafur on the North coast of the island.  They told us about a hike they had heard about called The Old Postman’s Route – apparently this trail played a role in how the mail would get to Banyalbafur back in the day.  They assured us that Banyalbufar was one of the most beautiful places on the island.

Although not designed with hiking in mind, public transit on Mallorca is quite adequate for that purpose and we had fun deciphering the schedule for getting off of a bus in Esporles on the South side of the Tramuntana range and getting picked up at Banyalbufar over the mountains and on the coast.  That route would bring us back into Palma.

We made our way to the main bus station located underground at Plaza de Espana early in the morning and joined a queue made up of a mixture of local folk and a few tourists.  We filled the bus up pretty good and were soon rolling out of the city.  The pleasant tree lined avenues of Palma soon gave way to the pretty Mallorcan countryside, and about 45 minutes later we got off in the center of Esporles, a small town in the foothills.

It was a Saturday morning and not surprisingly, Esporles was bustling with an event called The International Storytelling Festival.  It seems like every small town has something interesting going on on Saturday mornings.  We wandered about a bit: book stalls, street performers acting out stories, and small crowds surrounding people telling stories were the order of the morning. 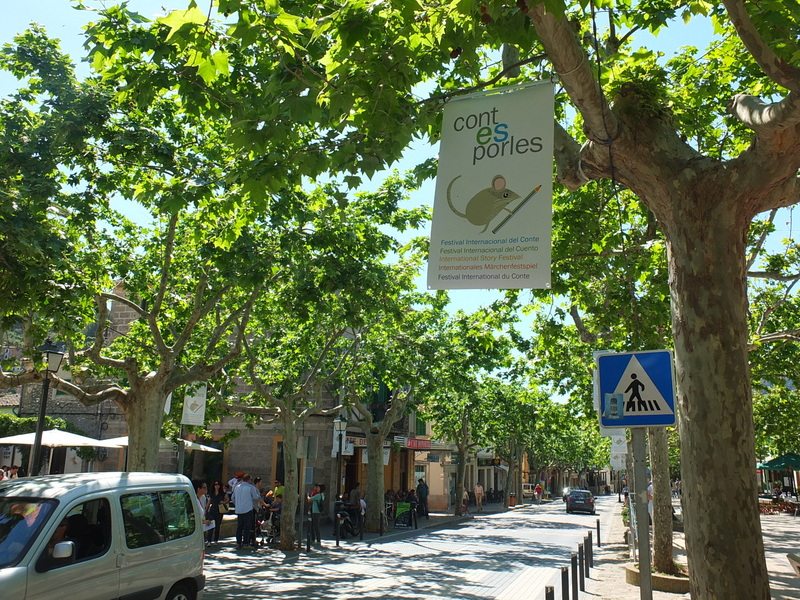 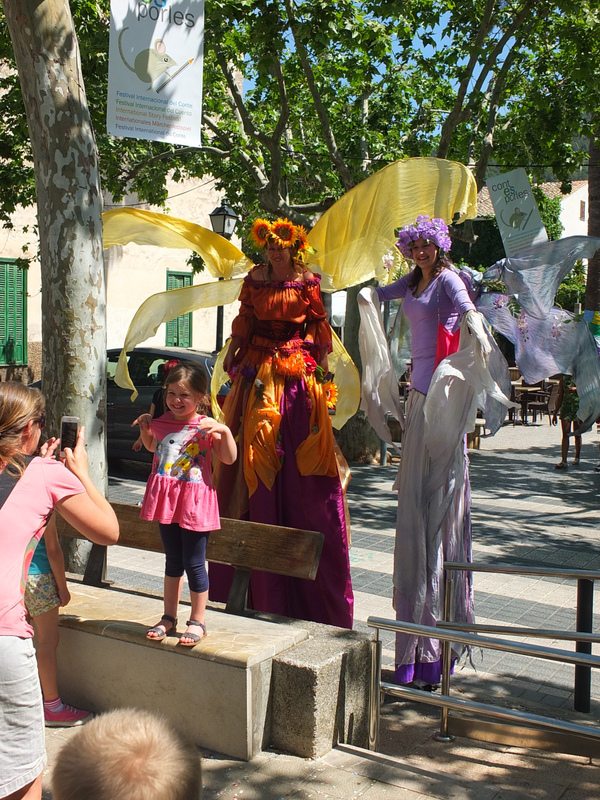 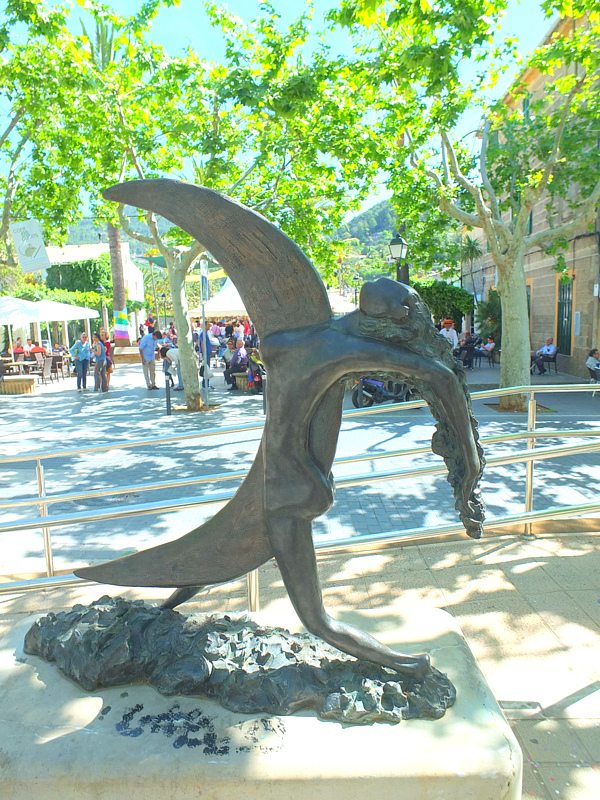 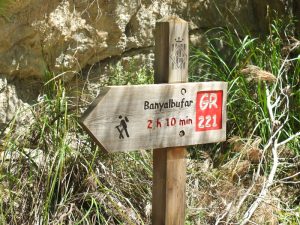 Our search for the start point of the route took us to a crossroads in front of the town’s church.  The route began an immediate ascent from that point and we were soon climbing up a cobbled pathway into the oak forest above the town. 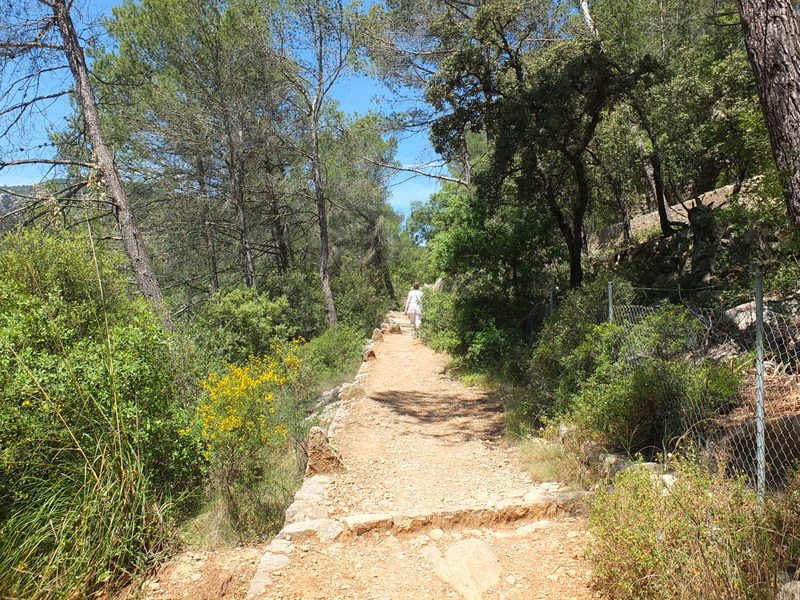 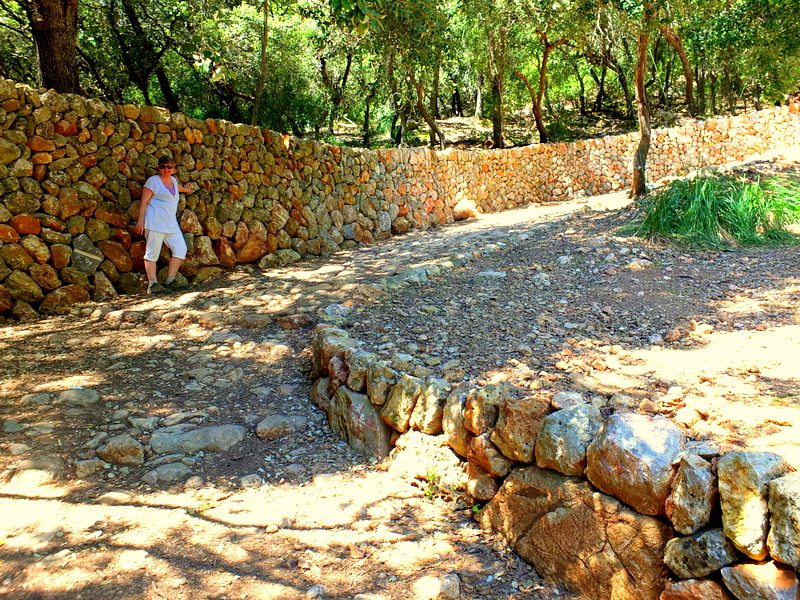 As we ascended, huge views opened up to the North. 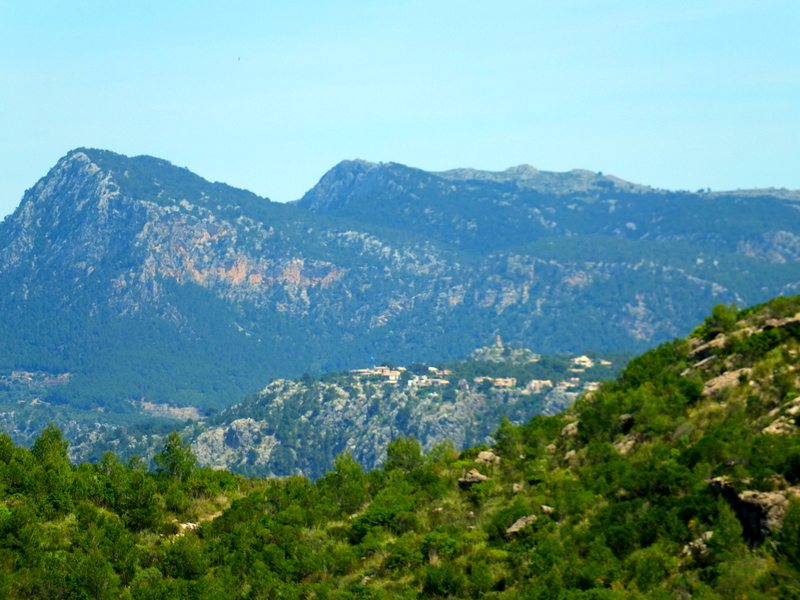 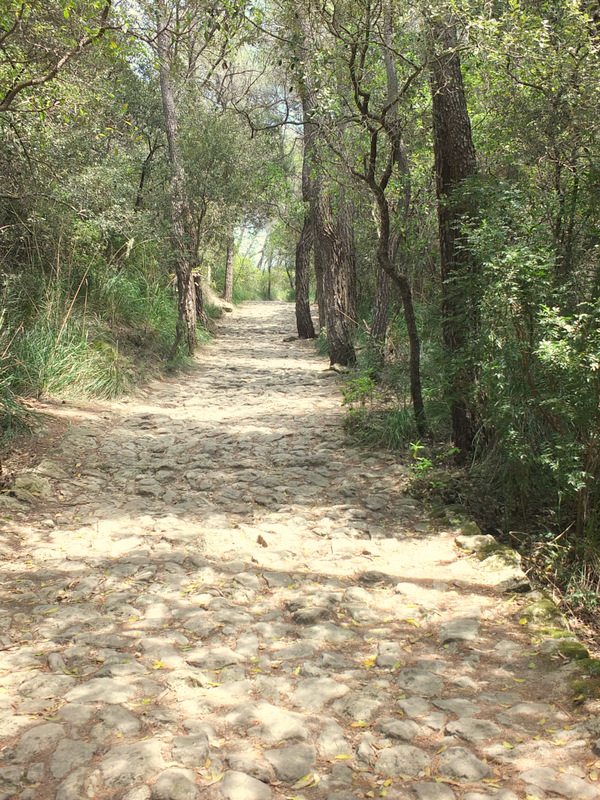 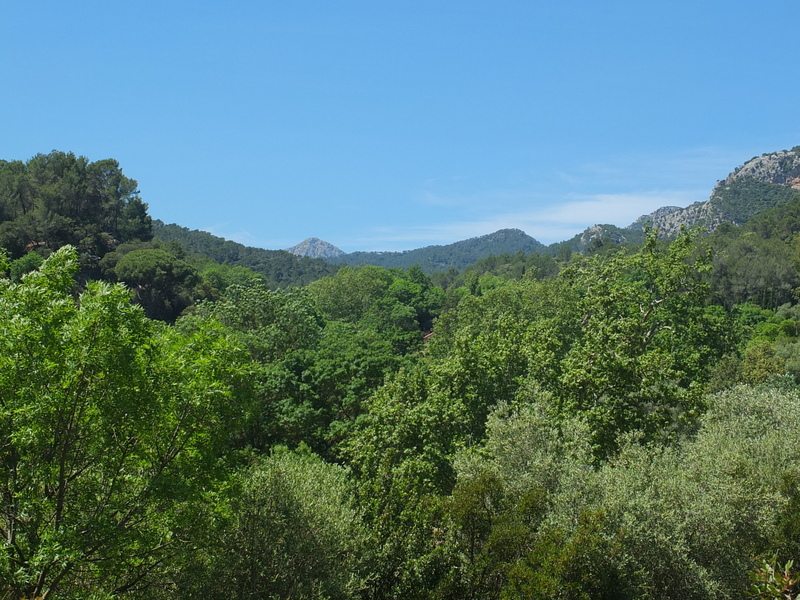 Thankfully, there is plenty of shade as you climb and climb up to a place called La Granja.  From there we pass by ancient olive terraces and through stretches of oak forest, taking care to close gates behind us. 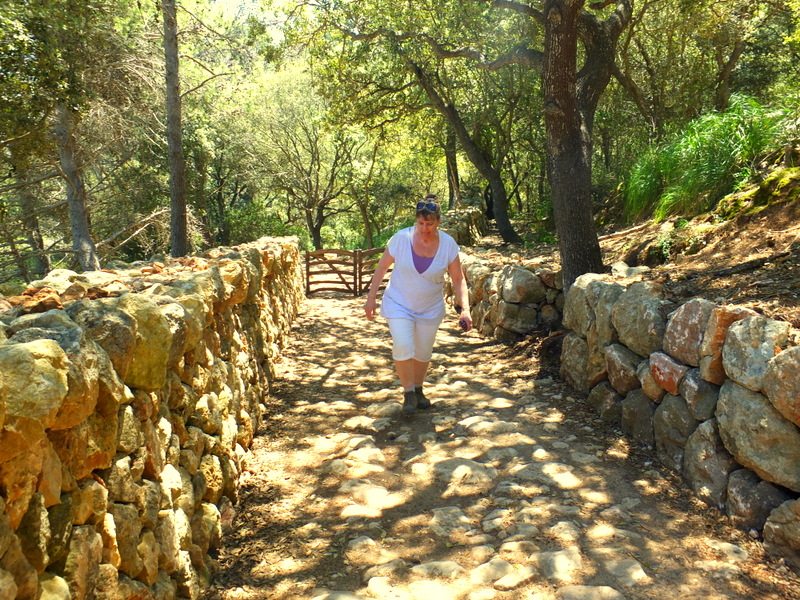 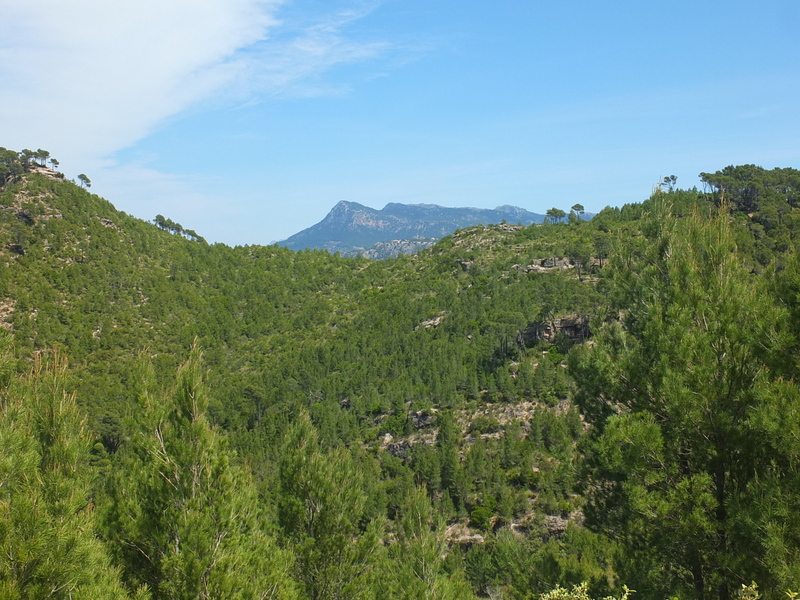 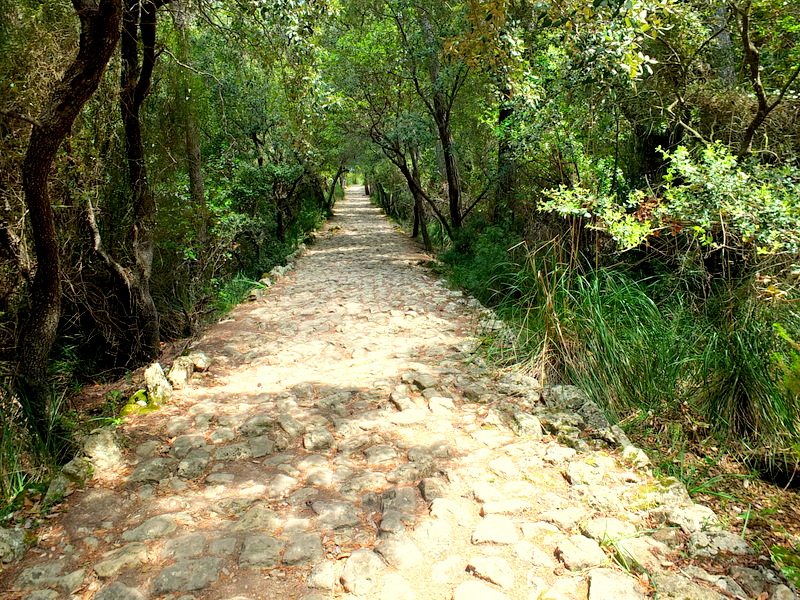 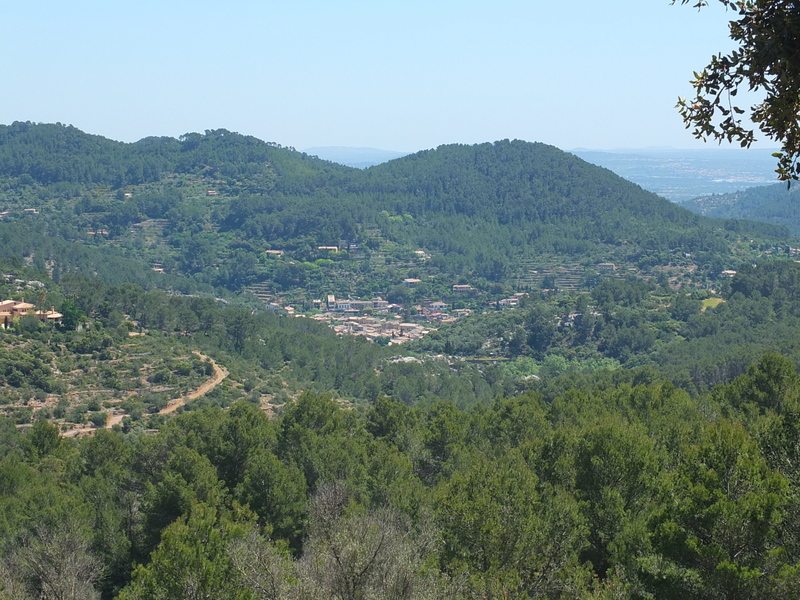 Every now and then there is a clearing from which we get fantastic sea views. 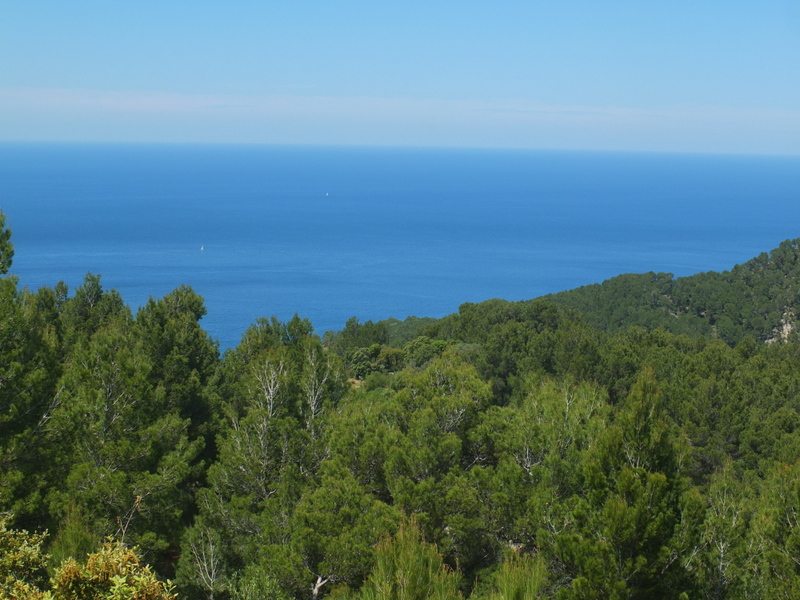 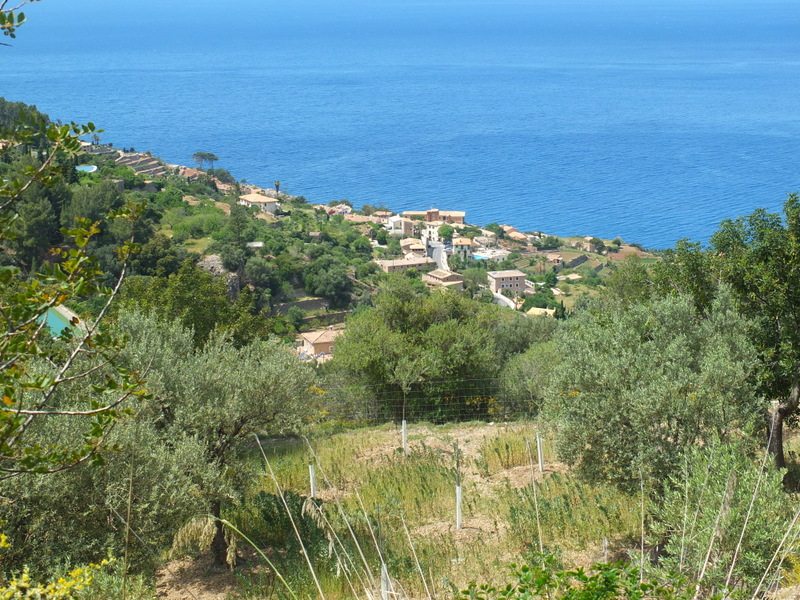 Our route then begins to descend steeply on a country road into Banyalbufar through terraces and an extensive system of irrigation pools that support vineyards in the area.  Ancient walls and houses line the winding road as we enter the village. 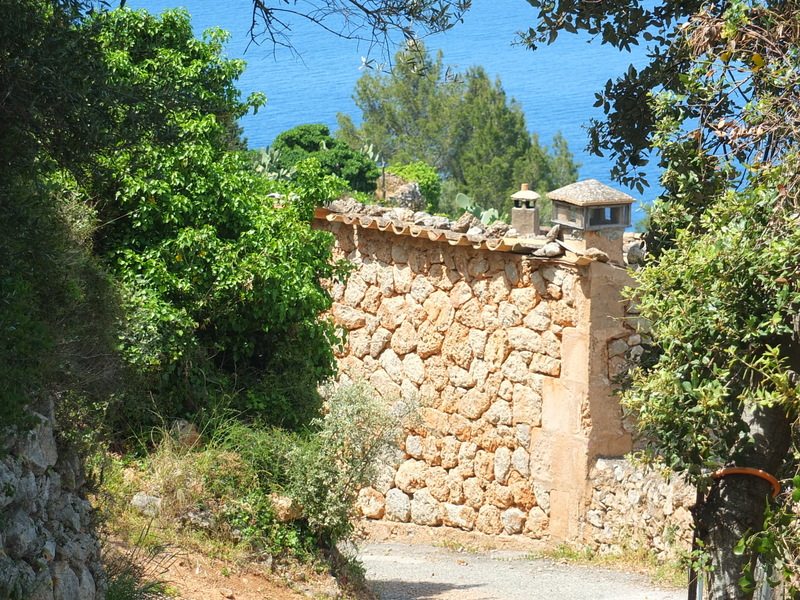 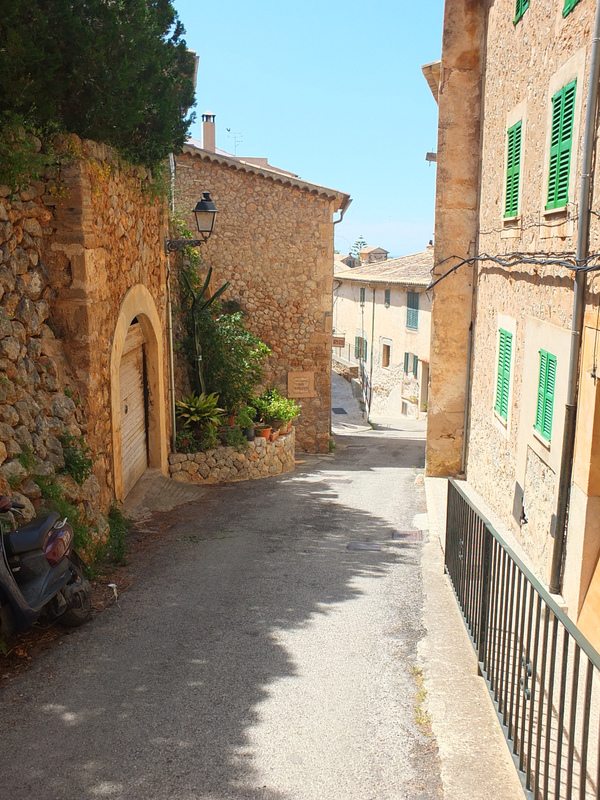 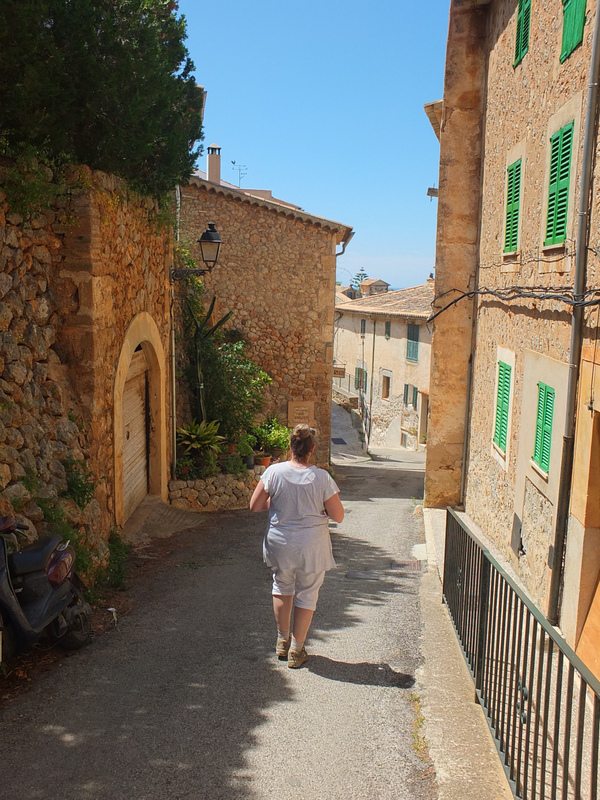 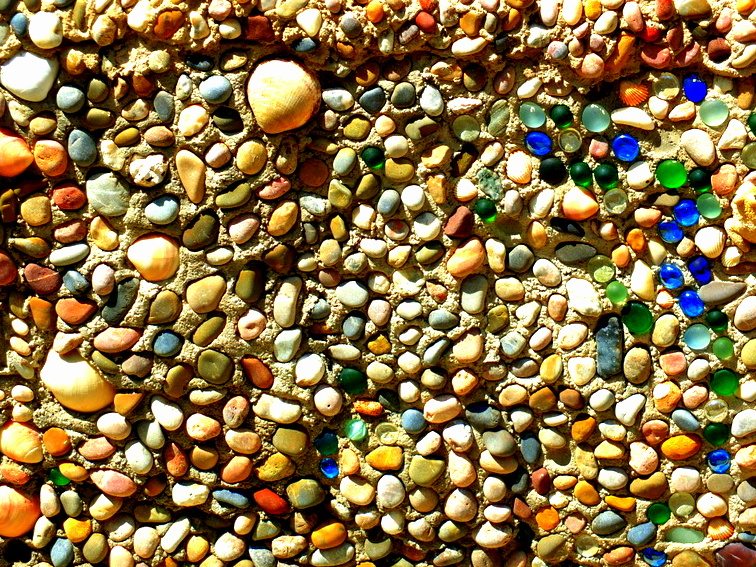 Banyalbufar seems to be carved out of the sea wall and we keep going down and down to see whether we will eventually reach the sea. 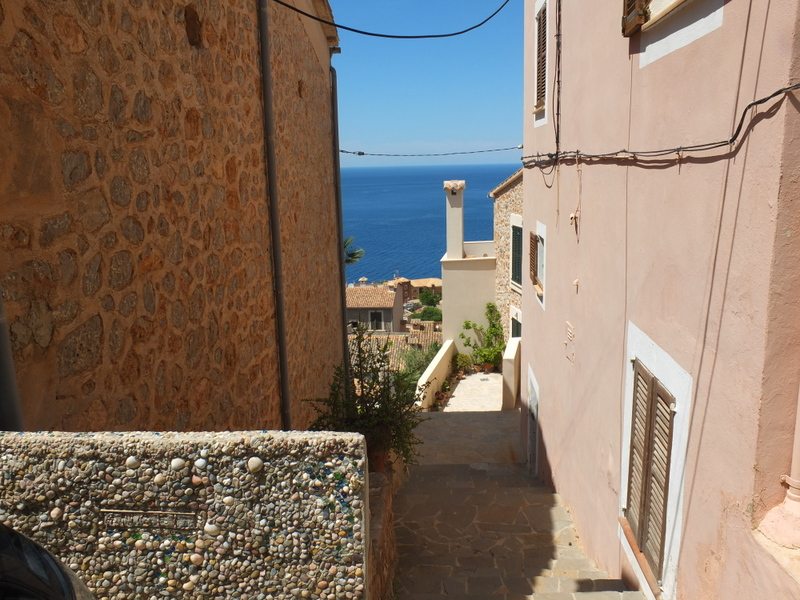 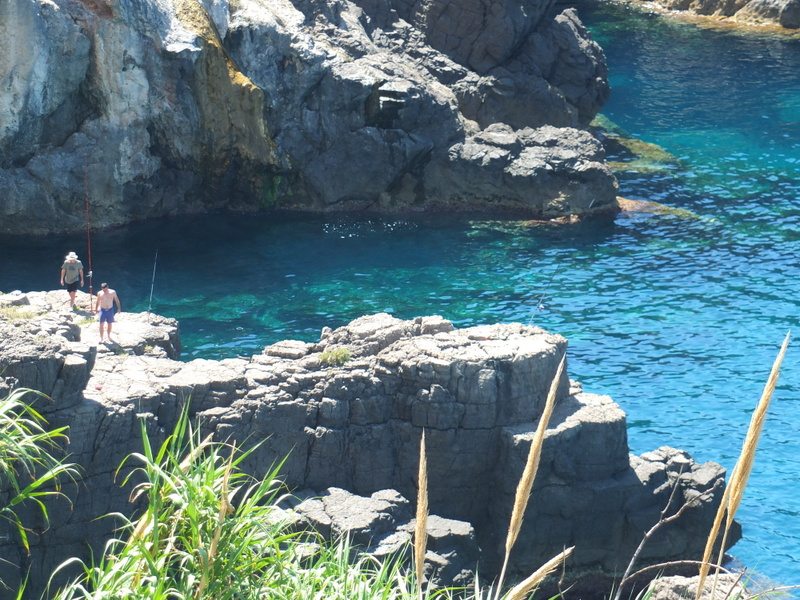 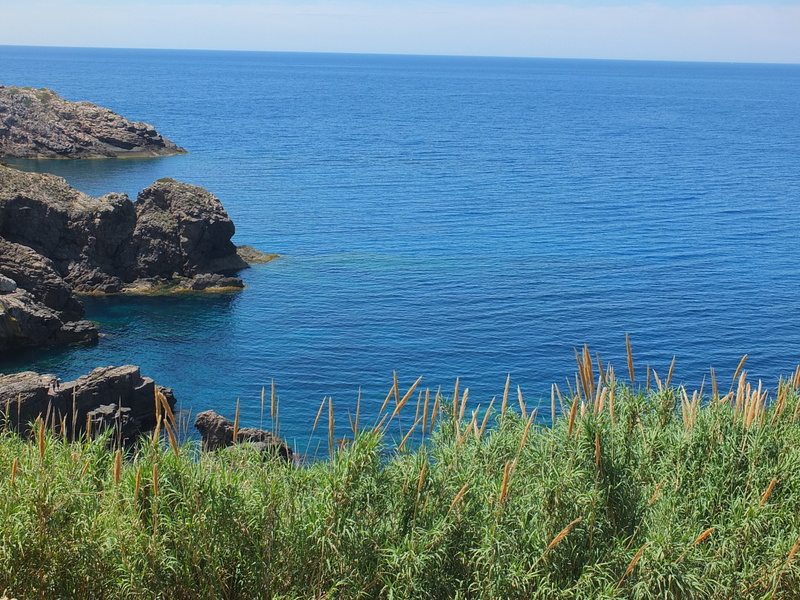 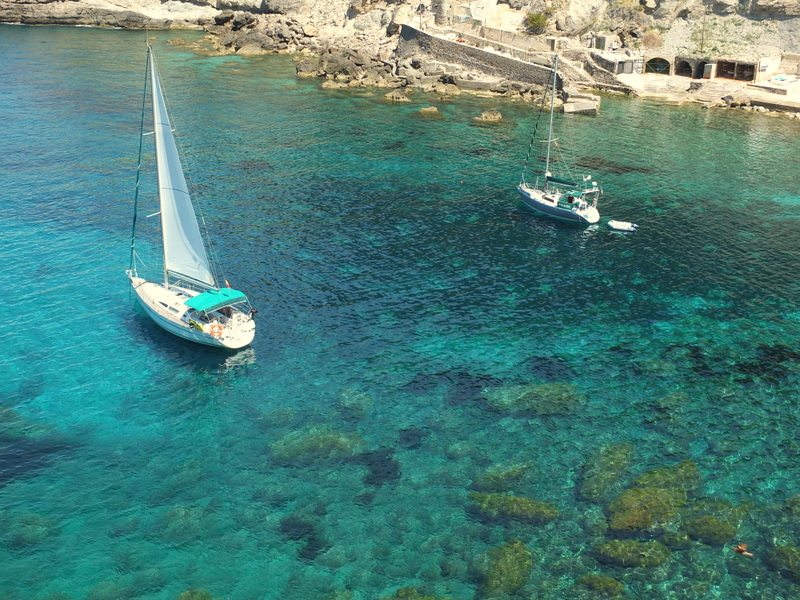 A beautiful rocky cove is the end of the line.  It was a pretty good haul back up into the center of the village and the bus stop. 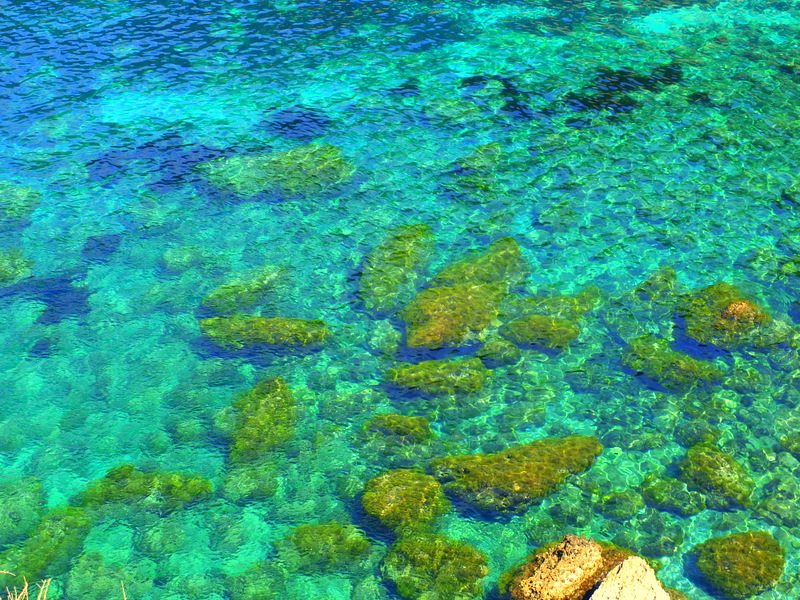 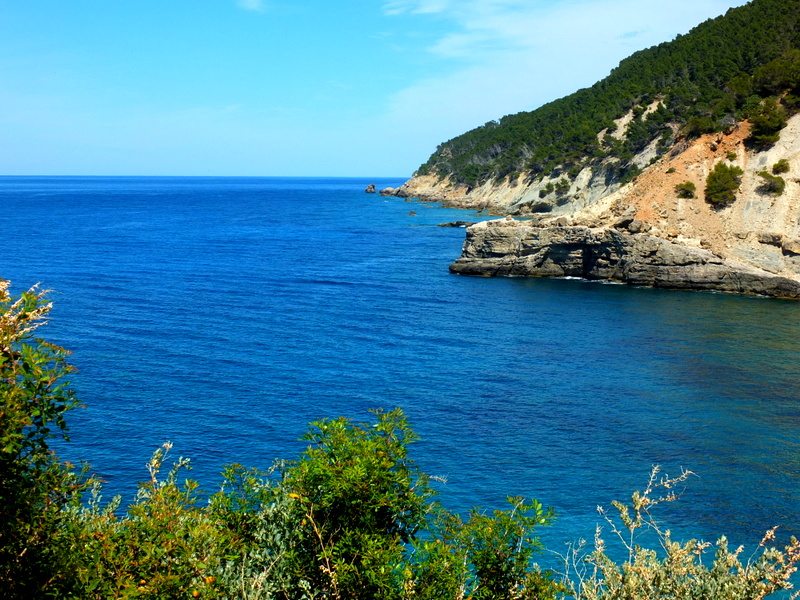 This notation, stenciled on a wall along the way seemed fitting … 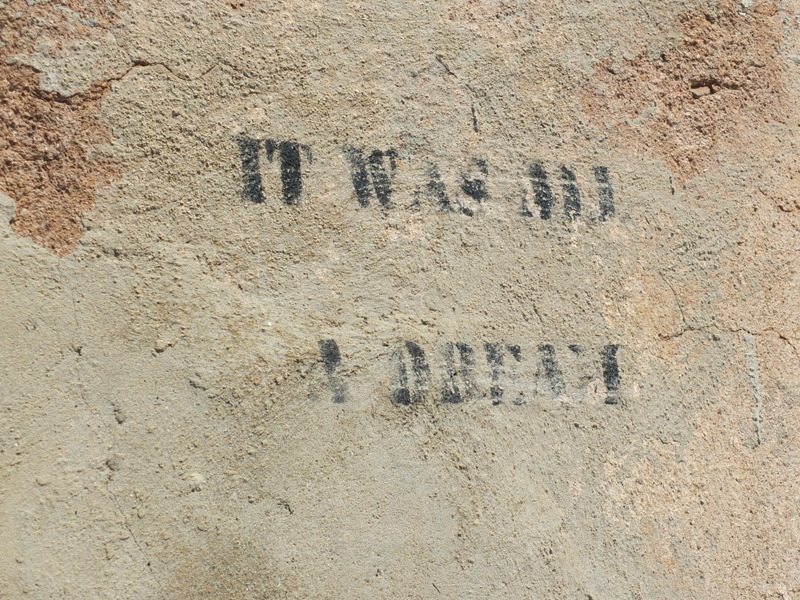 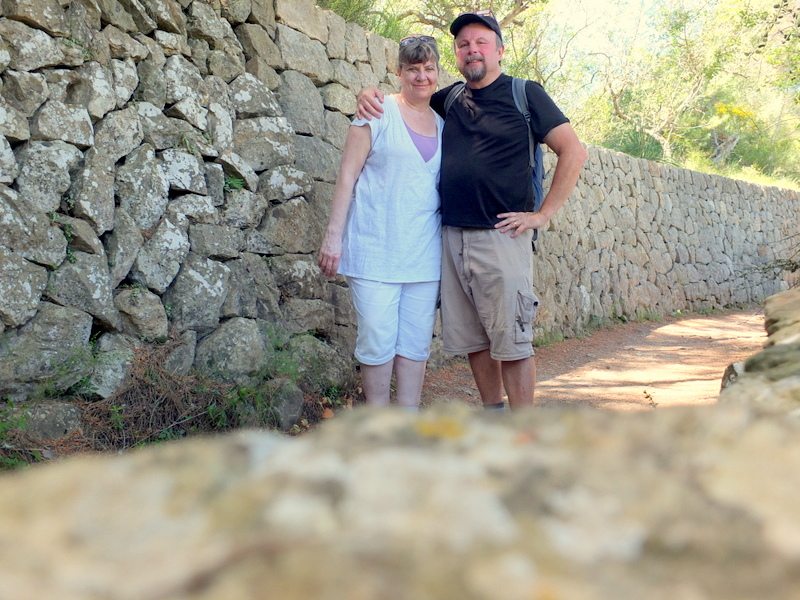 One thought on “The Old Postman’s Route”