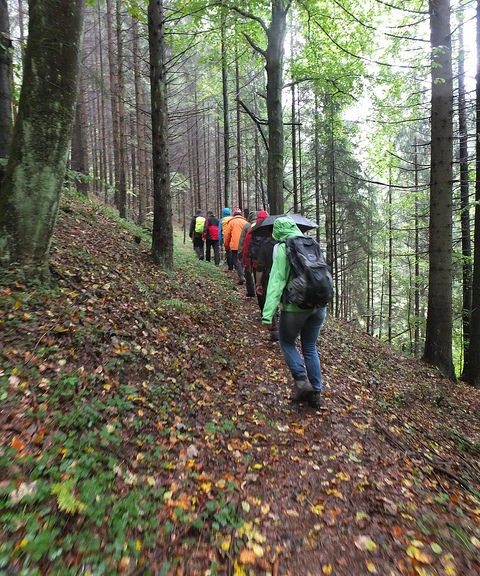 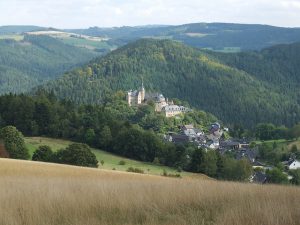 The mountains of the Frankenwald are laced with tremendous hiking opportunities – more than 2500 miles of marked routes. My host Julia tells me these are big hills, but to me they are MOUNTAINS — this becomes a running joke between us. But seriously – when you have long grades that are steep as hell to hike up to reach dramatically beautiful panoramic views … that’s a mountain in my book. At the same time, this isn’t climbing the alps or scaling fourteeners in the Rockies, so the hiking here is very accessible and appropriate for the intermediate hiker. Nothing technical that I encountered here.

The hikes here penetrate deep forests, traverse lush meadows, and pass through and by storybook villages and fabled castles.  This is an area with rich culture that is often just a rewarding hike away.  Read more about some of the cultural attractions of the Frankenwald here. 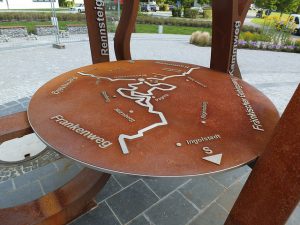 Four of Germany’s long-range hiking routes, the Rennsteig, the Frankenweg, the Kammweg, and the Frankische Gebirgeweg meet in the Frankenwald at Blankenstein.  The Rennsteig is a highline route coming from the West where it begins more than 100 miles away.  It is a famous, historic route, chronicled as far back as the 1300’s.  The Kammweg Erzgebirge-Vogtland departs to the East and is also a highline route of more than 170 miles.  The Frankenweg departs to the South through the Höllental, or hell valley, and continues for more than 300 miles.  The Frankische Gebirgeweg also heads South for nearly 250 miles on a route farther to the East.

The border zone of the former East Germany is also nearby.  This strip was off-limits to pretty much everything during the Cold War, so now is a green belt conservation area.

A annual hiking event (held in May) that I hope to make someday is called the Frankenwald Wandermarathon.  It is a 26 mile hike with dozens of interesting stations at villages along the way featuring culture, cuisine, and libation.  A different route is chosen each year. 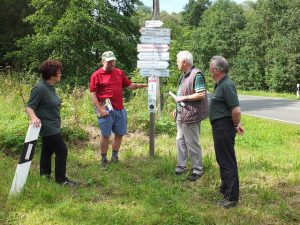 Part of my Frankenwald hiking experience was the opportunity to meet and spend time with Robert Strobel, Roderick MacInnes, and Renate MacInnes from the Frankenwaldverein (FWV) – the regional hiking club. In Germany, hiking clubs play a huge role in taking care of trails and routes, particularly with placement of wayfinding signage. Robert, the President of the region’s club and an officer in the national organization explained the role of the FWV and talked about their initiatives.  Roderick and Renate are an interesting couple who are Scottish-German and did a great job of translating. We hiked together up to a couple of the many panoramic viewpoints in the area — one has a “turm” or tower to climb for an extra-special view. 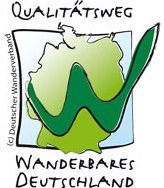 There is a lot that can be learned from the well developed standards for hiking routes and wayfinding signage in Germany.  I’ve read that Germany has more than 120,000 miles of marked hiking routes.  The German Hiking Club, the umbrella for the regional clubs has established standards for trail signage addressing frequency, visibility, and information to be provided.  The regional clubs are the “feet on the ground” for knowing about and organizing to take care of the trails in their area.  The German Hiking Club certifies routes that meet standards as well as certifying dining and lodging establishments that similarly meet a defined set of standards relating to their suitability for serving hikers.  After a while, I found myself looking for their seal of quality. 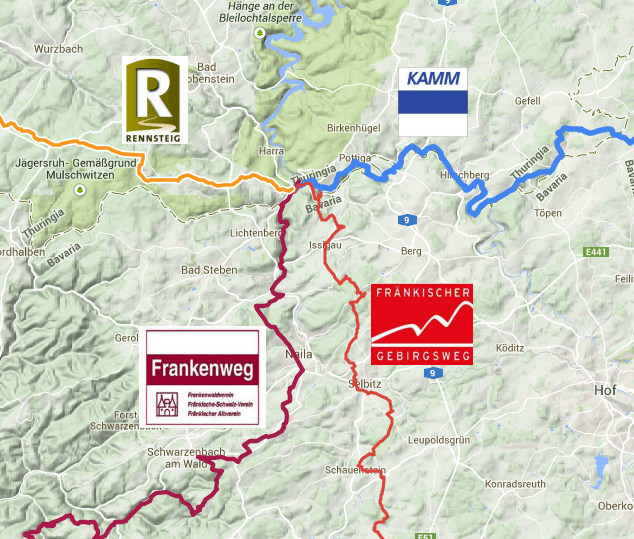 We met at the Blankenstein hiking hub … the spot where the long distance routes meet.  This meeting of major routes is unusual … unique in Germany.  Robert described a project that his club has been involved with to commemorate this unique meeting point.  They call it “Wanderdrehkreuz im Frankenwald.”  Imagine a turnstile on an attractive plaza — you will be able to enter, and then exit onto any of the four routes.  The project is anticipated to be installed and completed later this year. 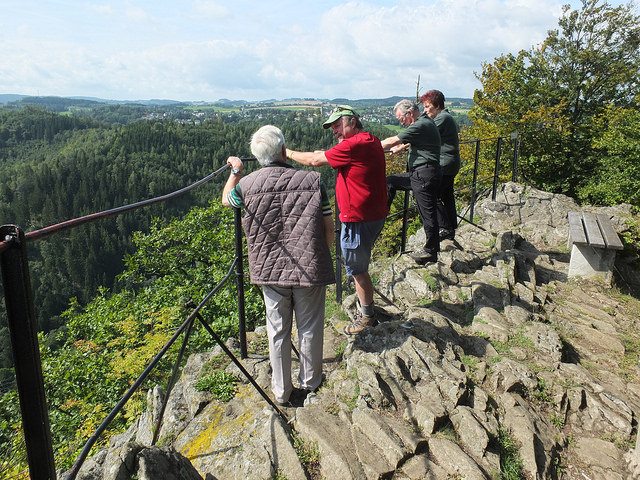 Boot tree where some people throw their boots after completing the length of one of the long distance routes. 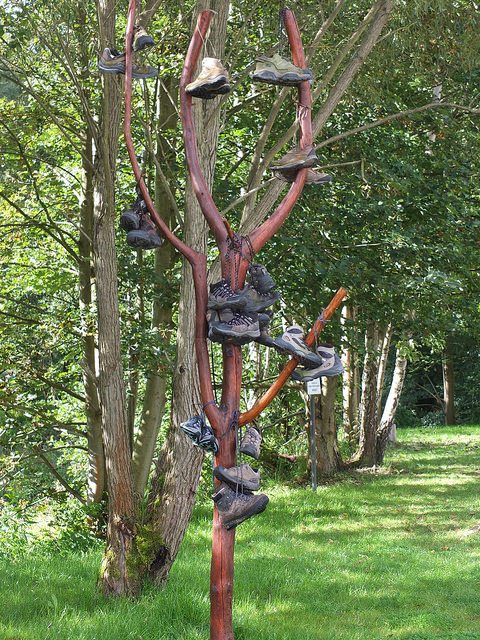 The next day I was invited to join a monthly hike of members of the Frankenwald hiker’s facebook page Wander FanClub Frankenwald. This was a pleasant group of people who enjoy hiking.  I enjoyed conversations with several of the folks as we walked, and appreciated their willingness to put up with my minuscule German language abilities.  One of the group, Rainer agreed to be the leader of the hike, and it was a pleasure to follow along with no responsibility for whether we got lost or not. It turned out that on that day we were hiking in the rain.  I don’t know if that brought out the mushrooms or made them more visible.  It definitely seemed to have brought out the salamanders.

Following are some pictures from the hike: 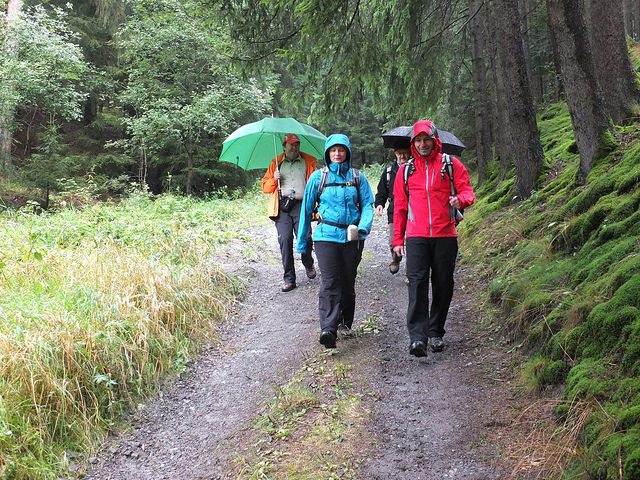 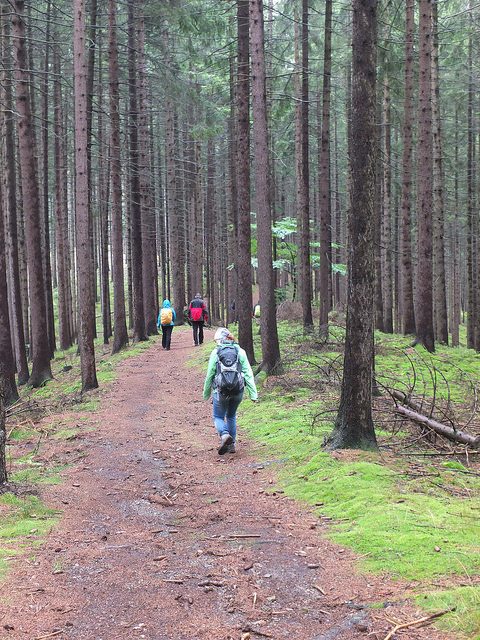 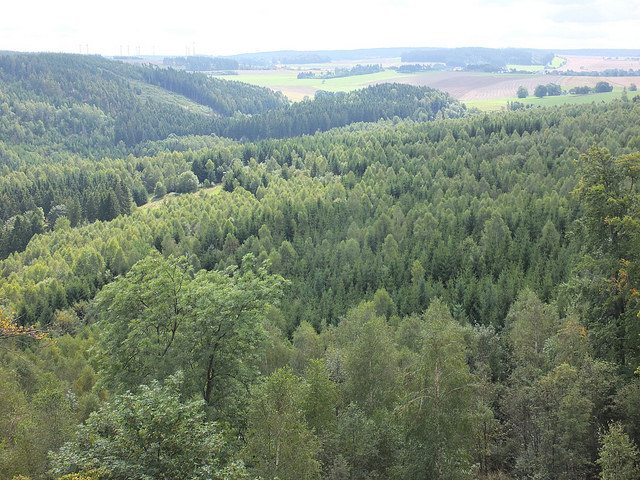 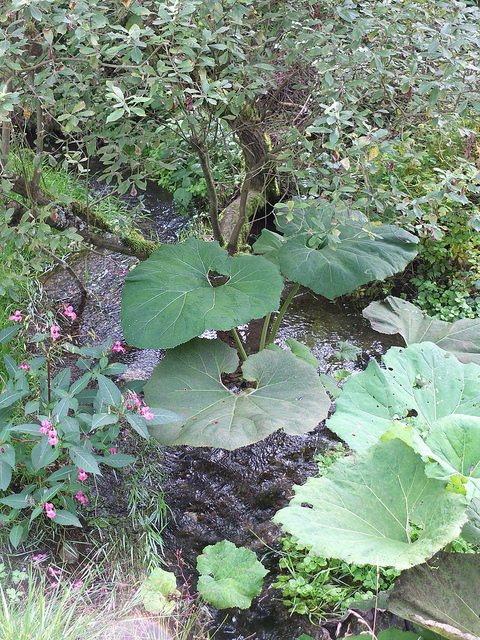 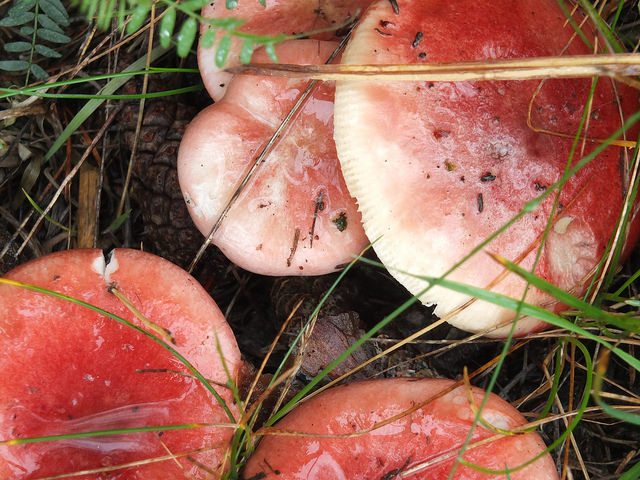 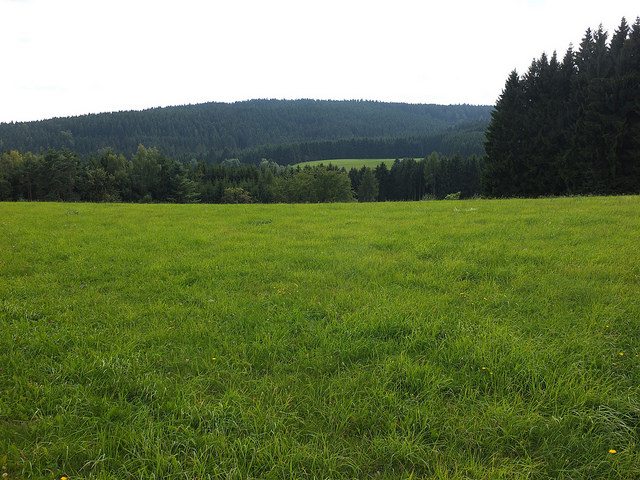 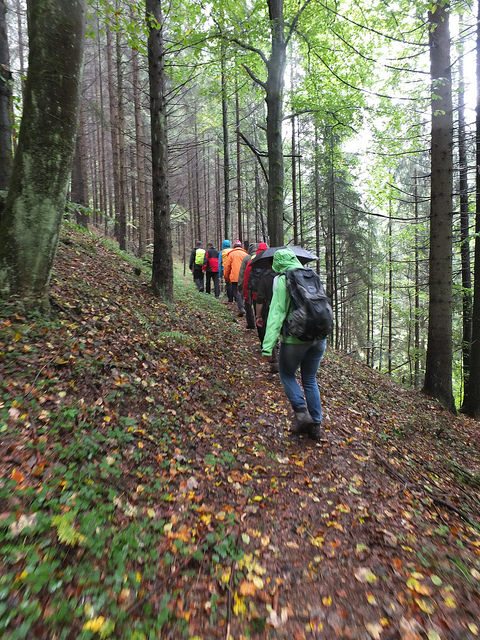 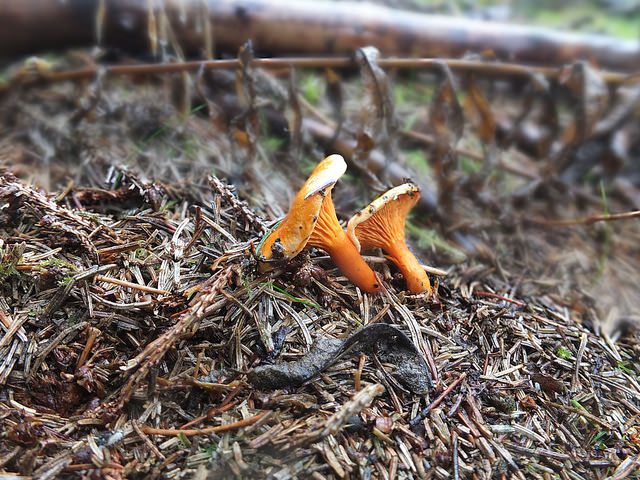 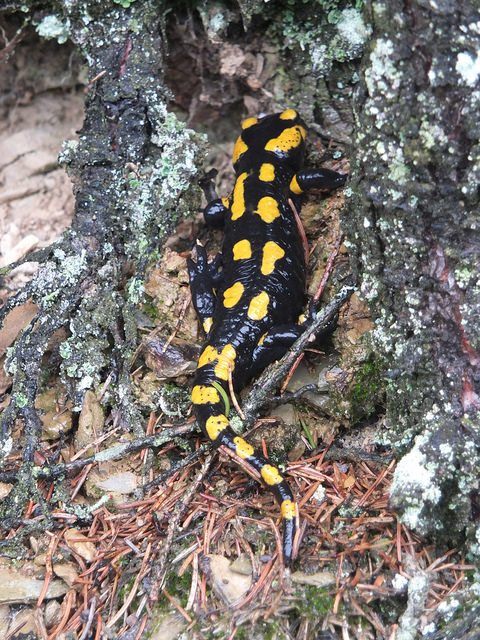 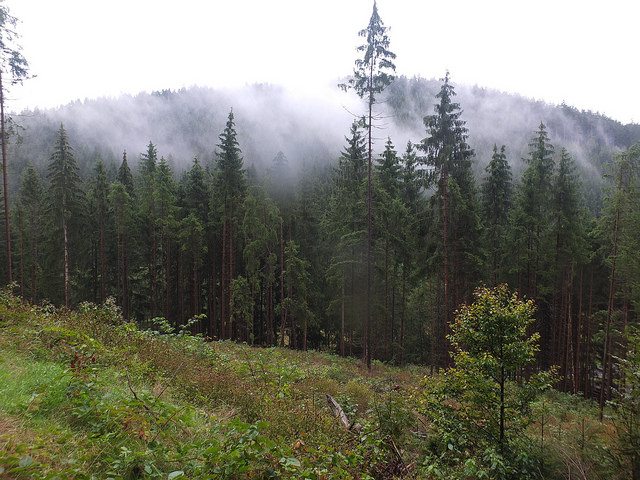 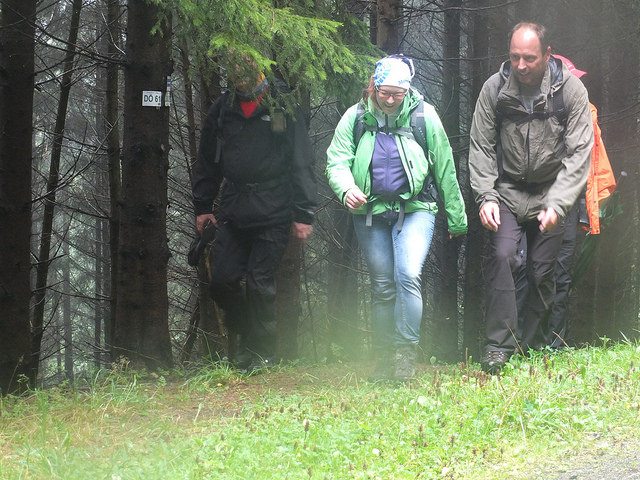 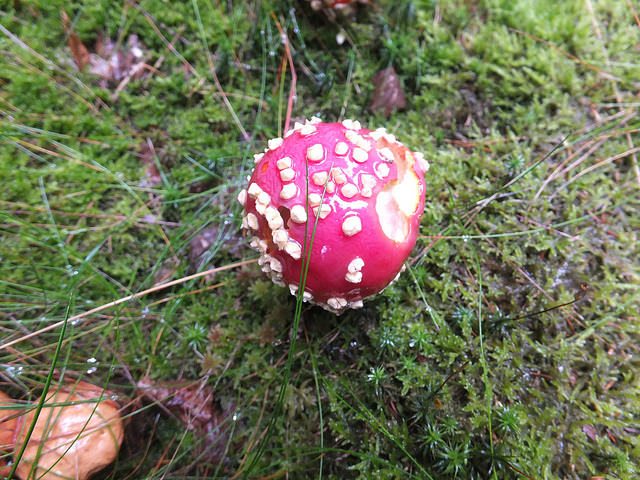 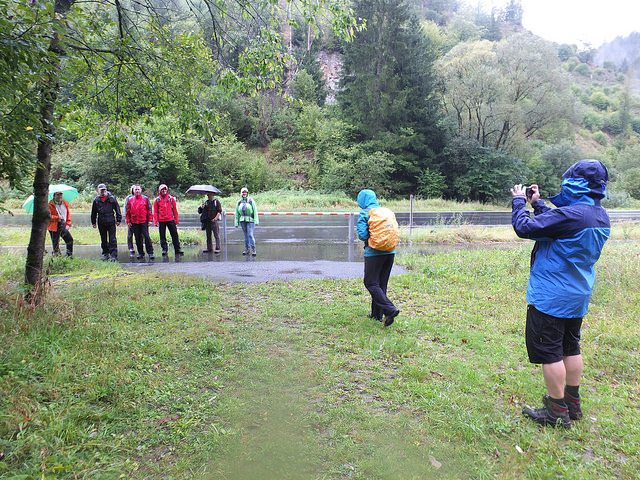 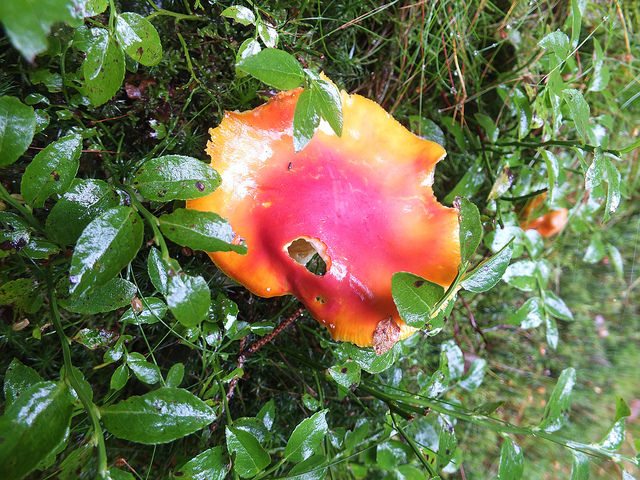 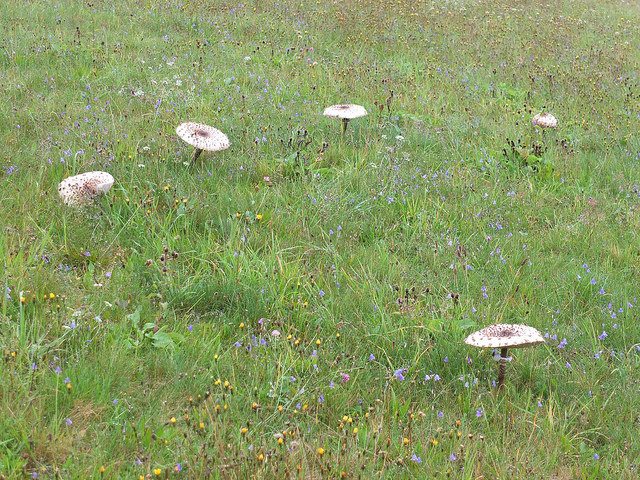 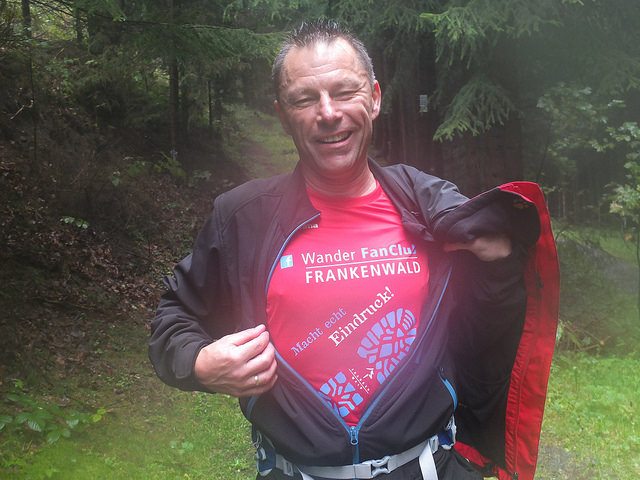 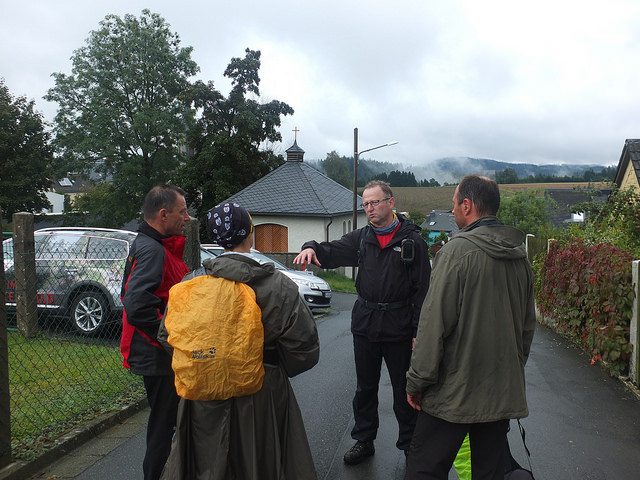 Light lunch and good cheer after the hike — horseradish!: 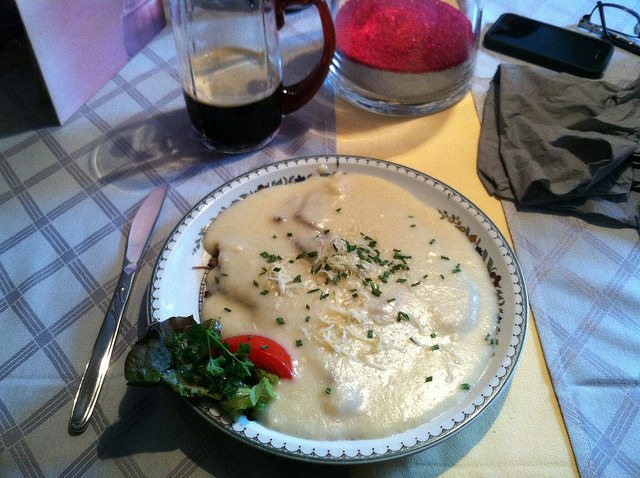 2 thoughts on “Hiking in the Frankenwald”