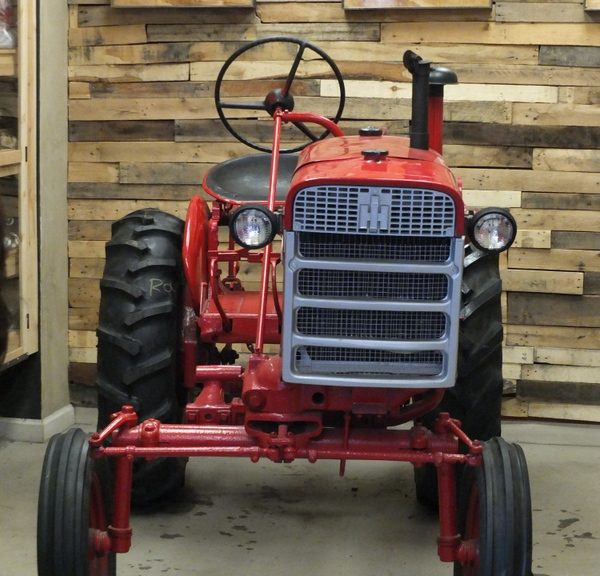 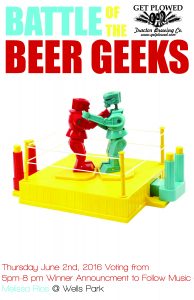 The brewday starts by brewing a strong cup of Italian Roast coffee.  It is pretty early, but my plan for the day is to join an unusual meetup.com event that starts early in the morning.   Every year for the past three years Tractor Brewing Company in Albuquerque has hosted an event called “the battle of the beer geeks.”  For this event, Tractor works with teams of local amateurs to help them brew a keg of beer that they will submit to a public tasting competition to be held during Albuquerque Beer Week.  I am a member of the “New Mexico Craft Beer Lovers” Meetup and one of the organizers, Adam Auden has taken great initiative in getting Tractor to take on a six person team from our group.

Now I have never thought of myself as a “beer geek.”  Beer lover yes; but not a beer geek.  But I won’t let the name of the event stop me from spending a day hanging out in a brewery, meeting some other folks who share my love of beer, learning some things from Tractor’s brew staff, and taking a chance that our brew just might turn out to be pretty good. 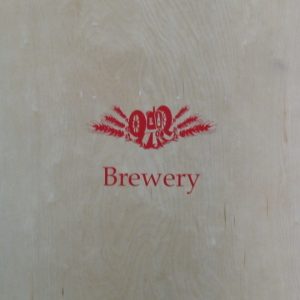 I arrived at the brewery at about 8 am.  It was dead quiet on the industrial-oriented street that is home to Tractor.  I walked up to the door fully expecting it not to open when I yanked on the handle, but surprise — it effortlessly rushed at me and I had to jump aside.  Inside the door I passed through a darkened hallway and spotted a door labeled “brewery.”  It opened into a brightly lit high bay with lines of stainless steel tanks. 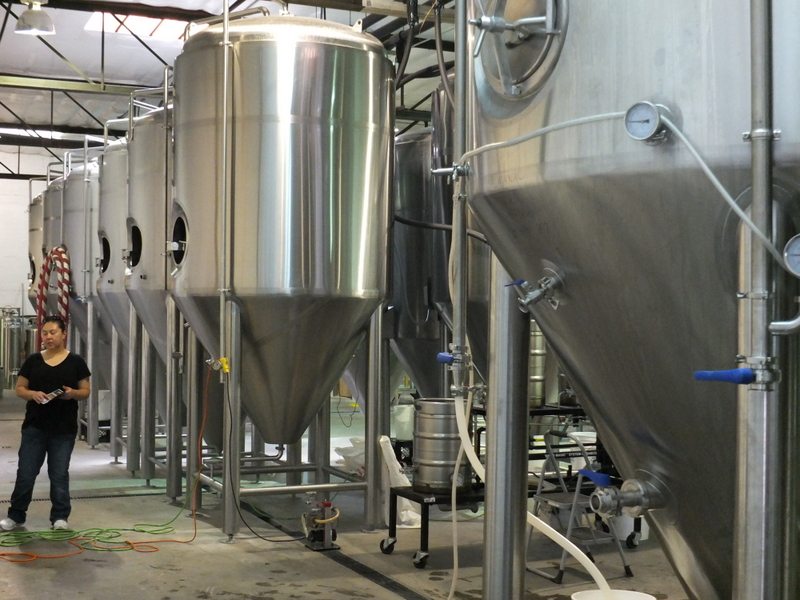 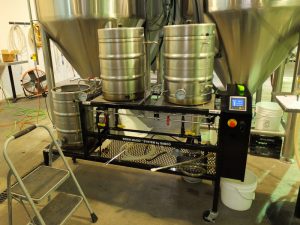 A couple of guys were quietly talking while standing in front of a contraption with two kegs on top, one to the side, and a waist high electronics panel.  This is Tractor’s Brew-Magic V350MS pilot brewing system, small batch brewing system that we’ll be using to brew up our recipe, a traditional English IPA.  This system makes about a half of a keg of beer per batch, so we will need to do two batches to yield enough beer for the contest.  If you happen to be a beer geek, you may be interested in ready the details of what the Brew-Magic system does and how it works here.  For the rest of us, suffice it to say that this machine handles all of the brewing process up to the point of cooling the mash so that the yeast may be pitched:  mashing, sparging, boiling the wort, and, importantly, controlling temperature and timing throughout the process.

Following are images from the brewday — captions, when provided, precede the related image:

The couple of guys, our Meetup organizer Adam Auden and Tractor’s Head Brewer Josh Campbell were getting things started.  Josh did a great job all day long of keeping the process going as it needed to, patiently answering lots of questions, and teaching us a bit about the brewing process. 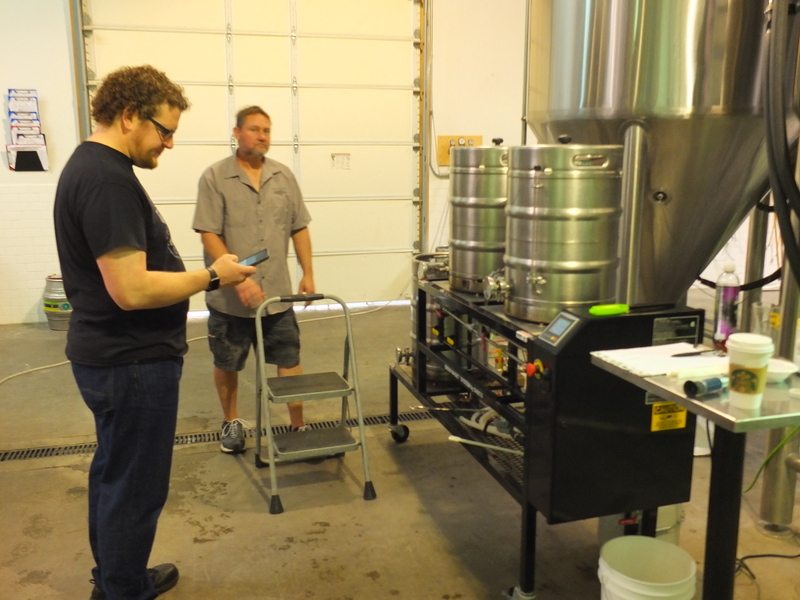 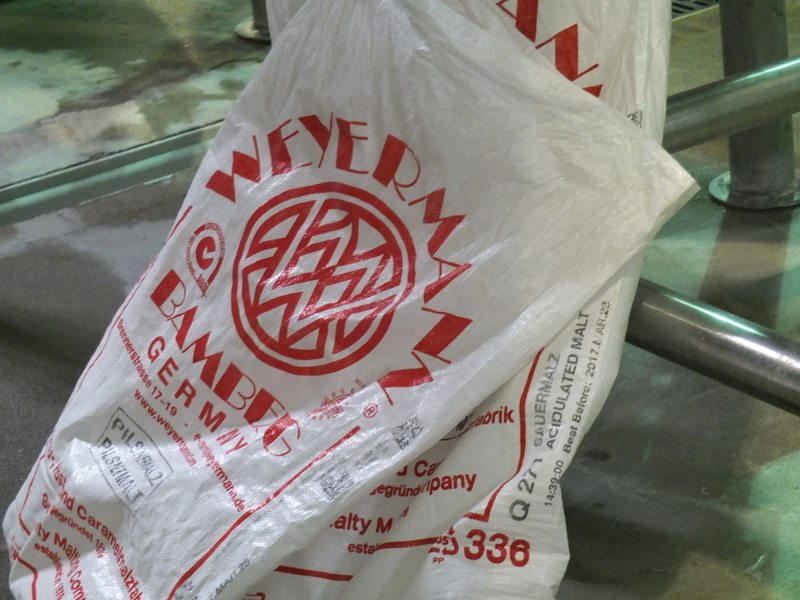 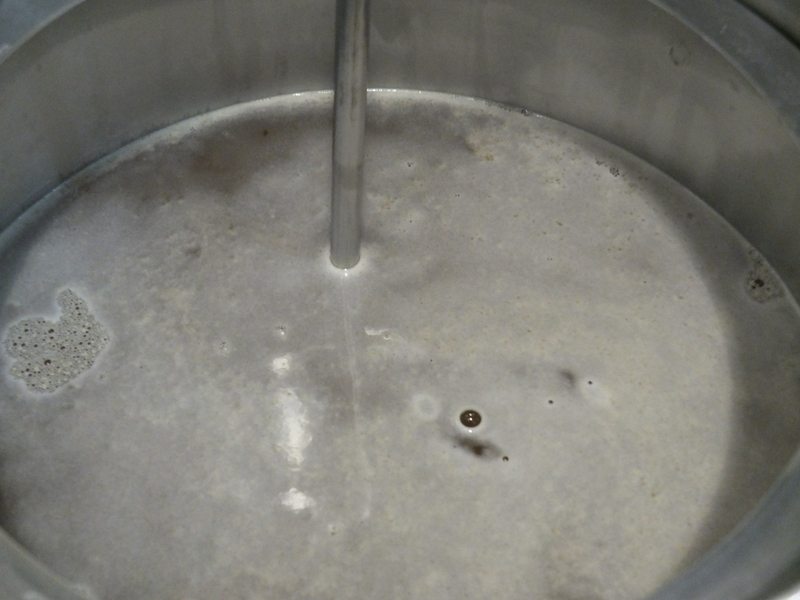 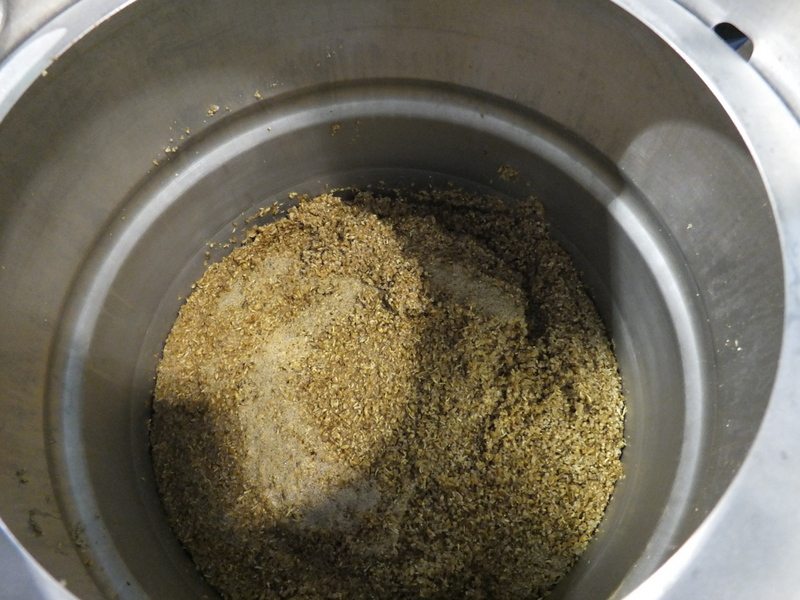 Various tests and measurements were made and the process was logged 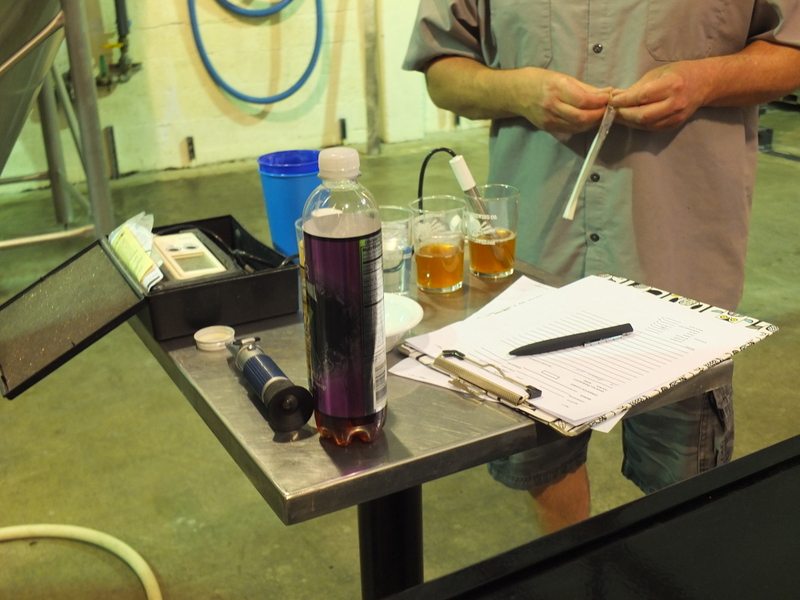 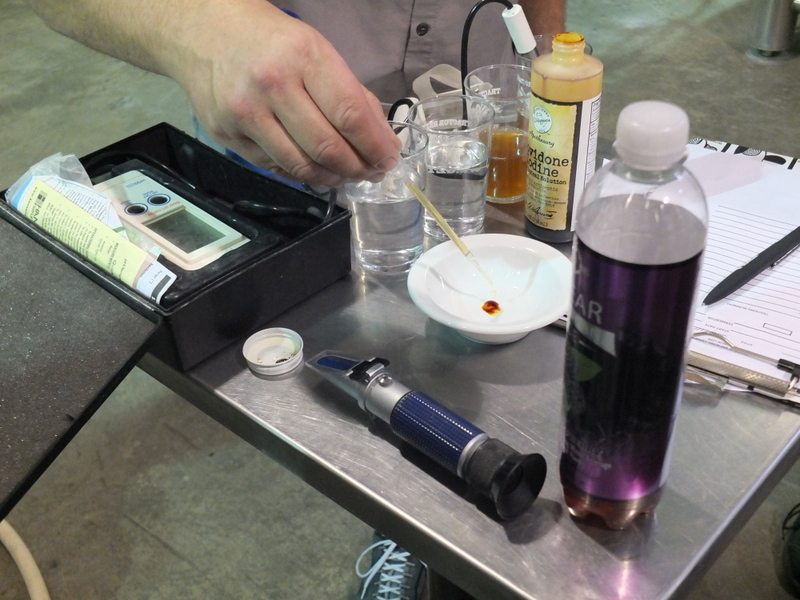 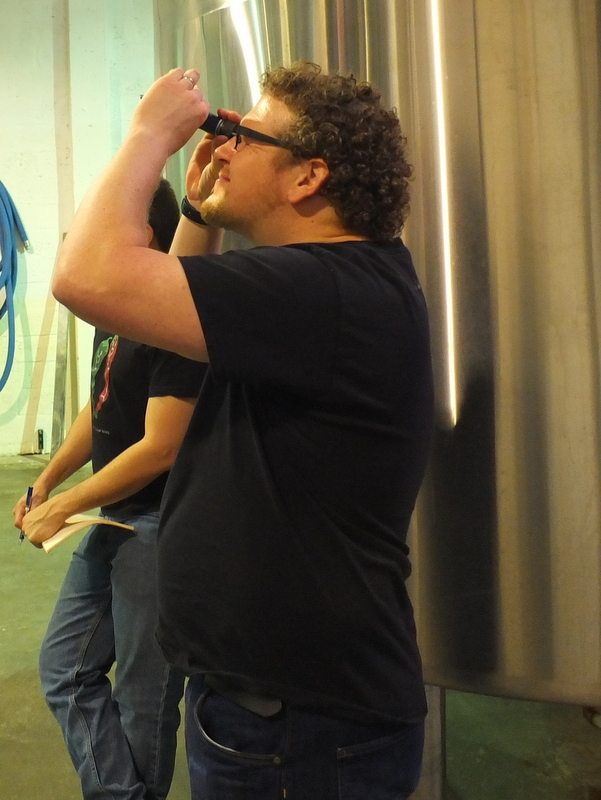 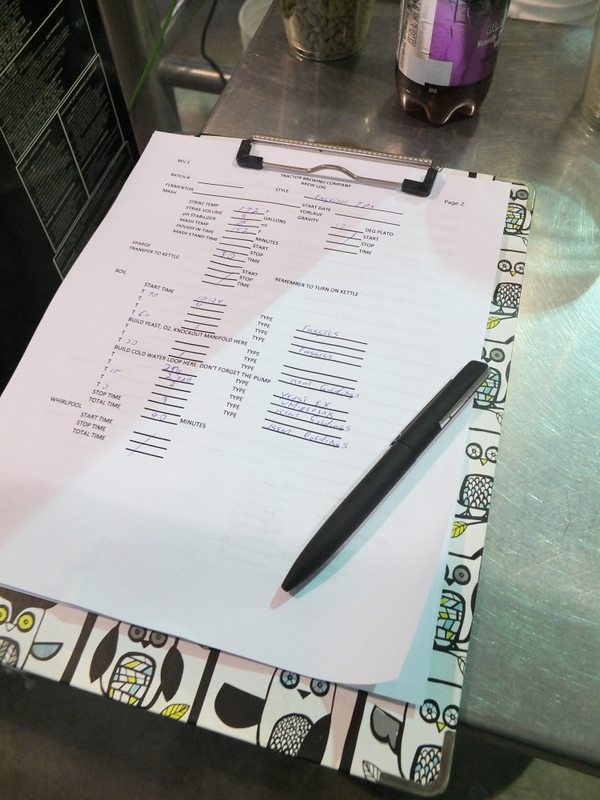 On with the brew … 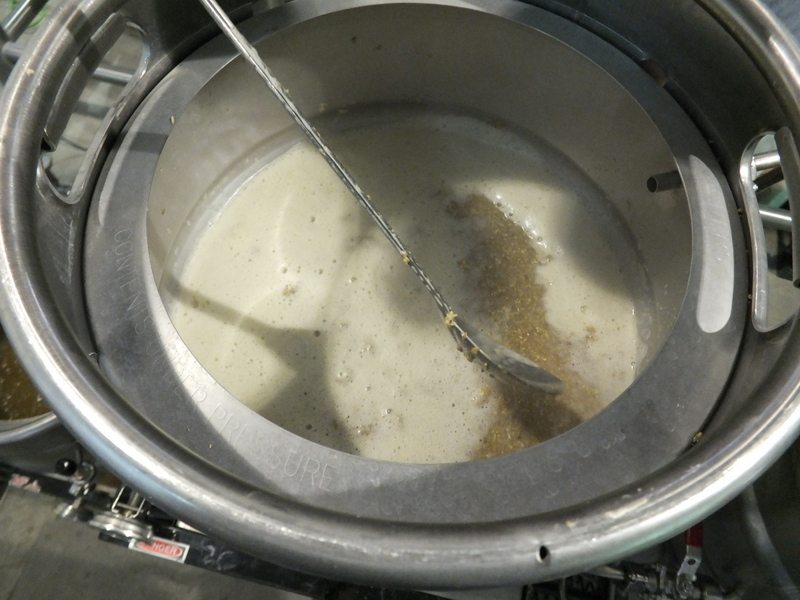 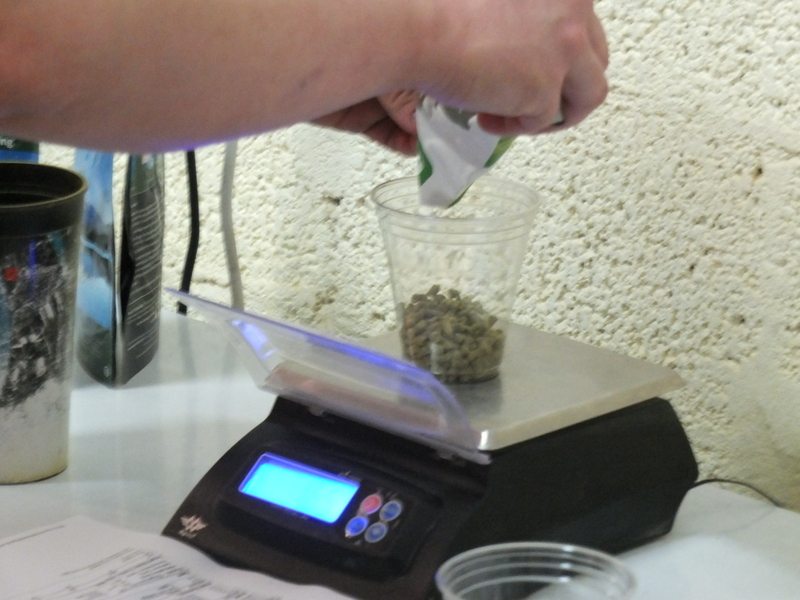 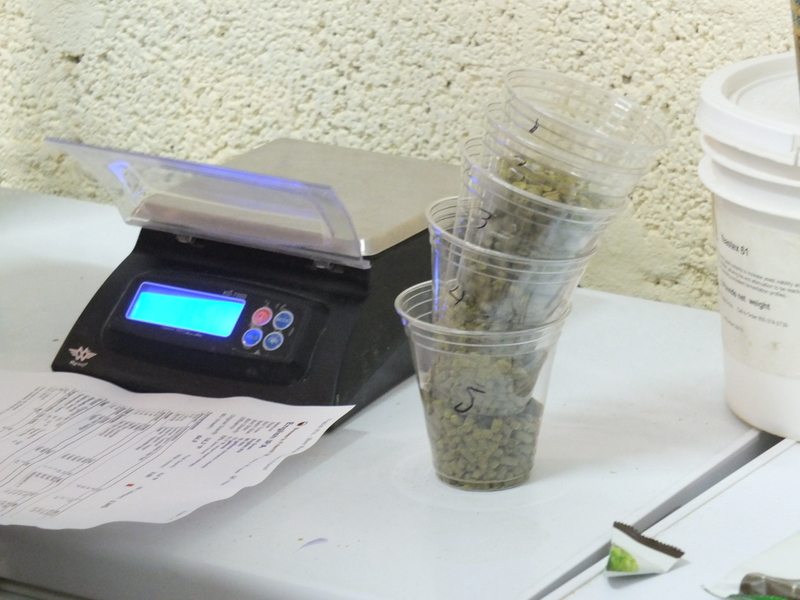 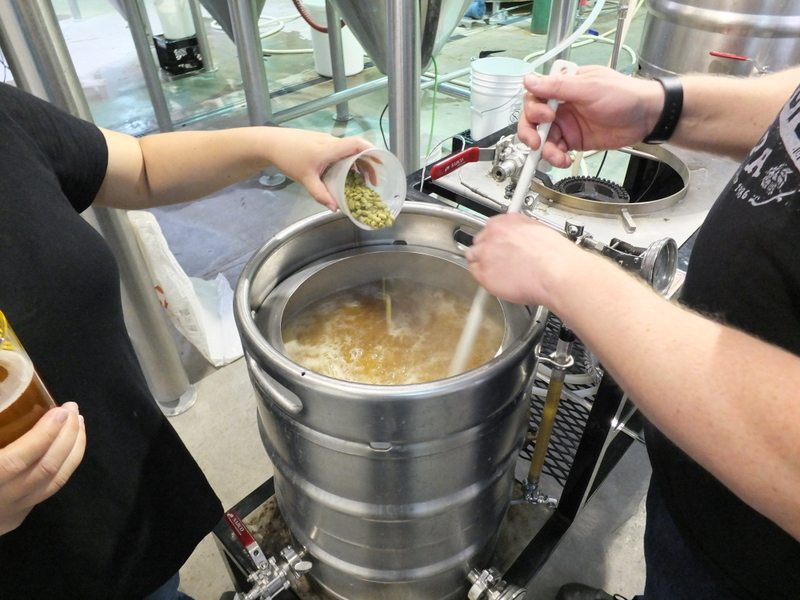 Clean-up is happening every step of the way … 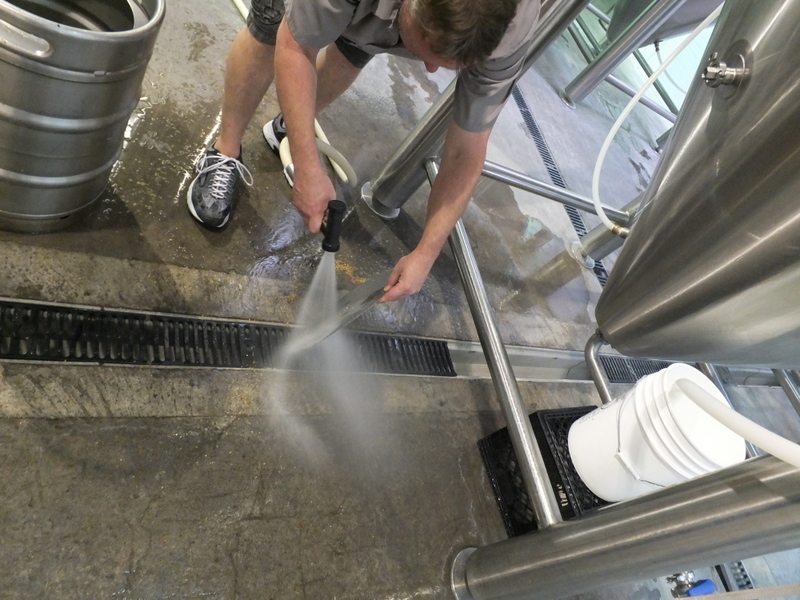 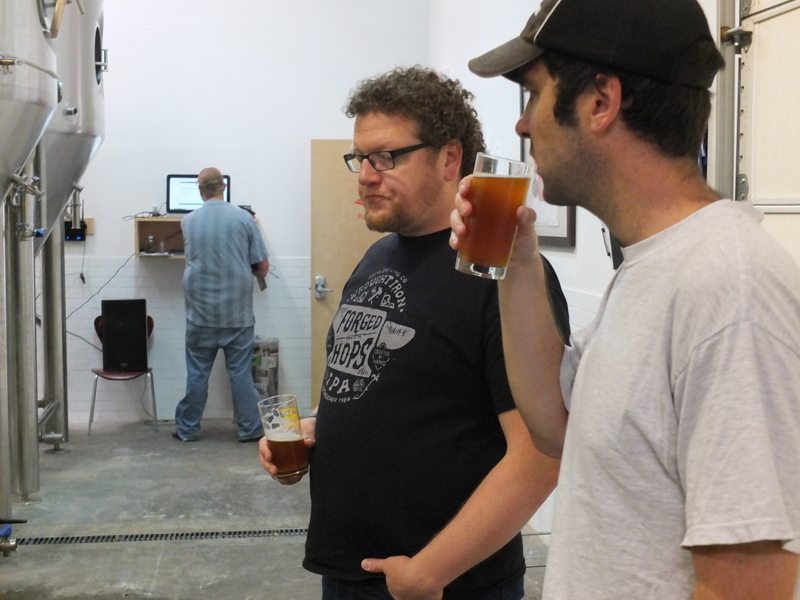 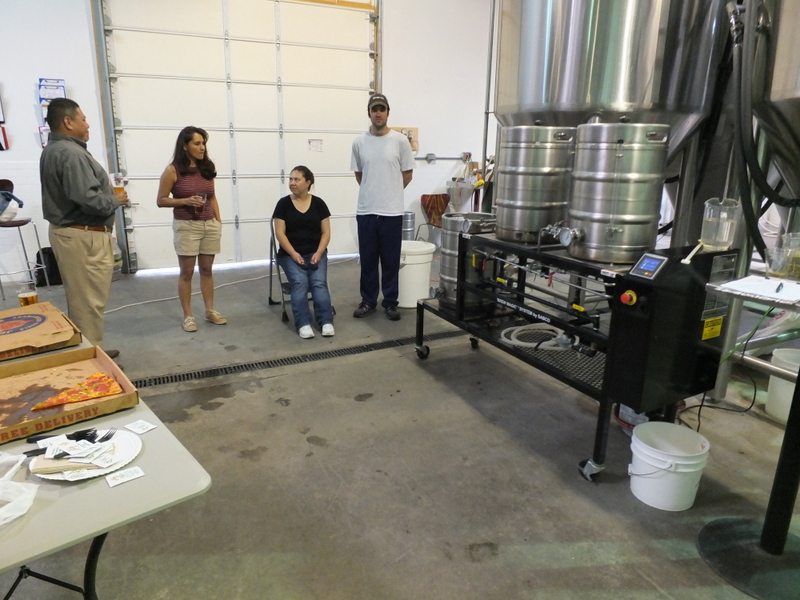 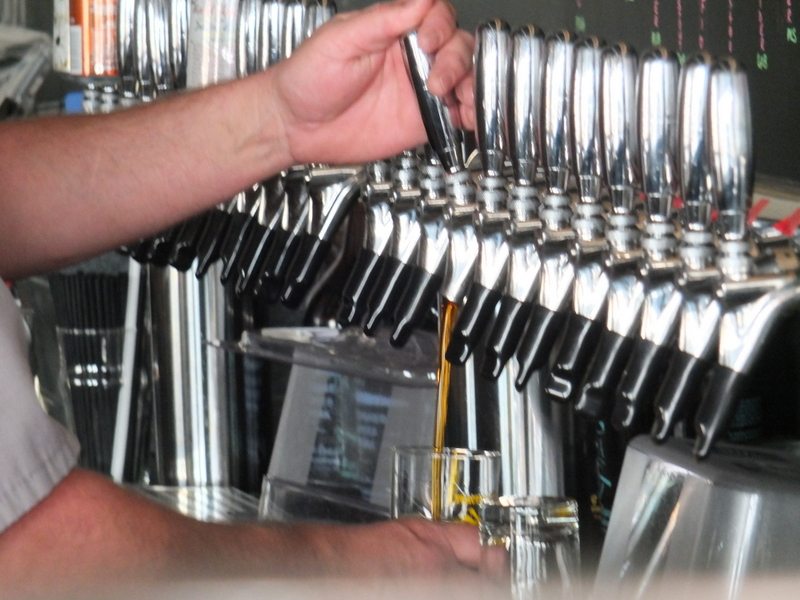 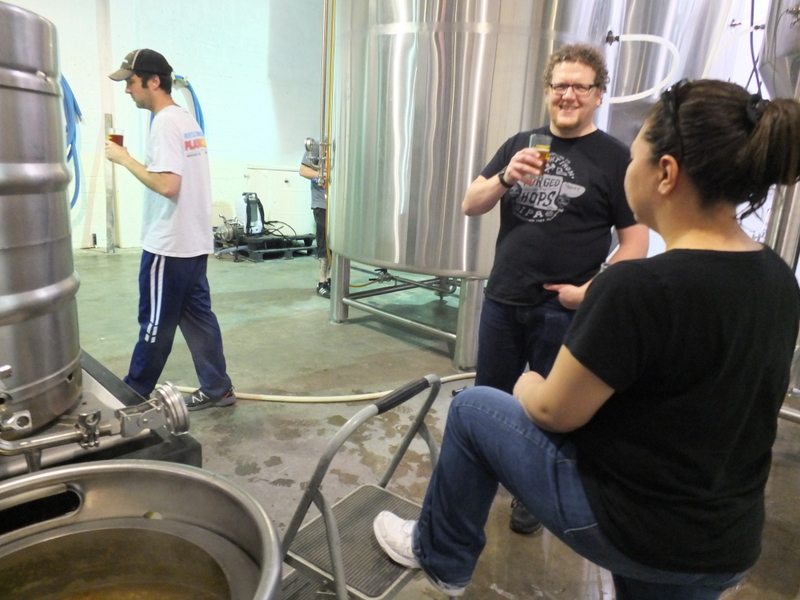 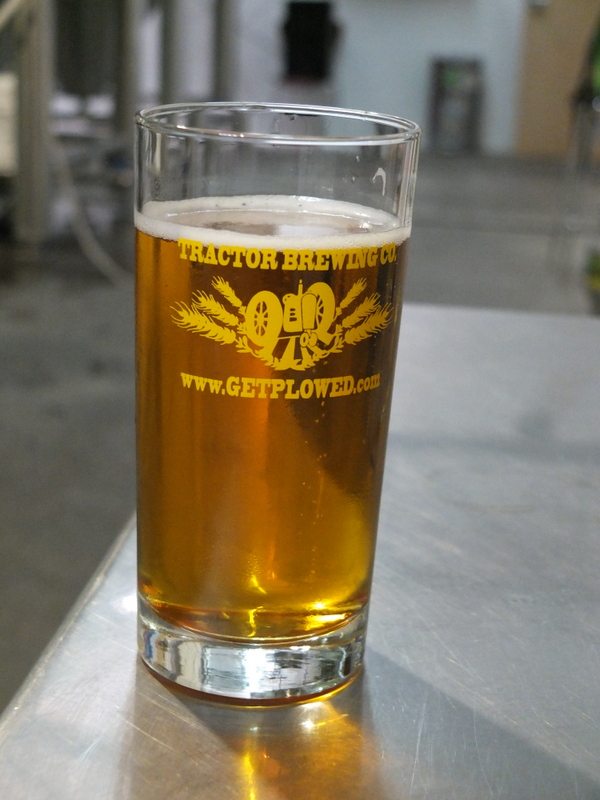 This device is both a pump and a heat exchanger for cooling the wort to yeast-safe temperature, adding a bit of CO2, and moving it into a fermentation container … 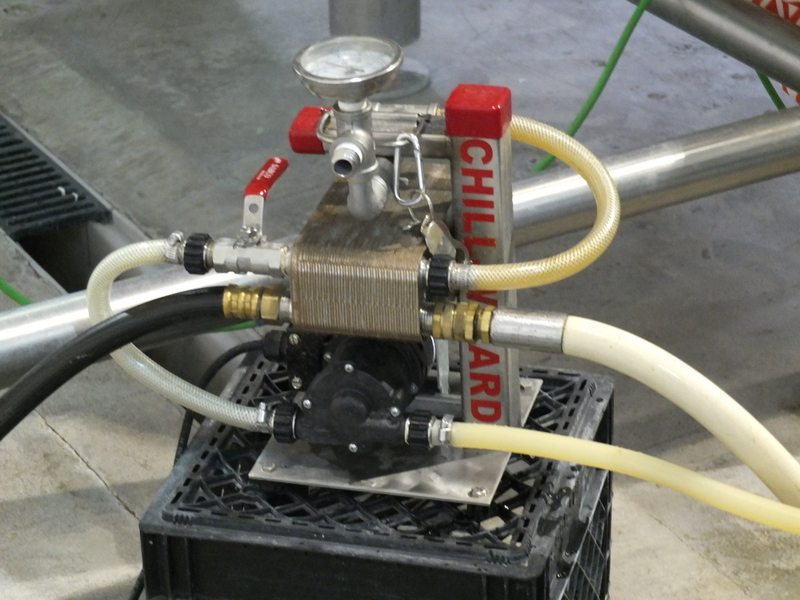 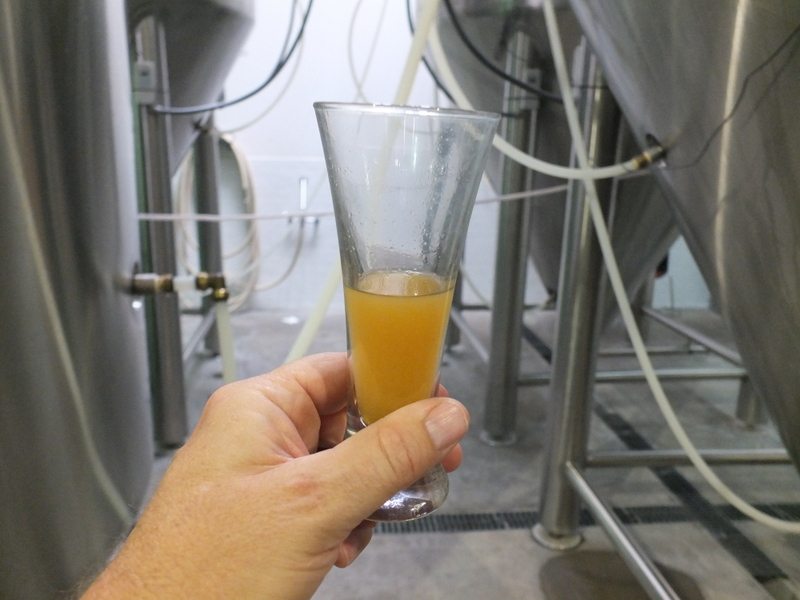 Scrubbing up to add the yeast … 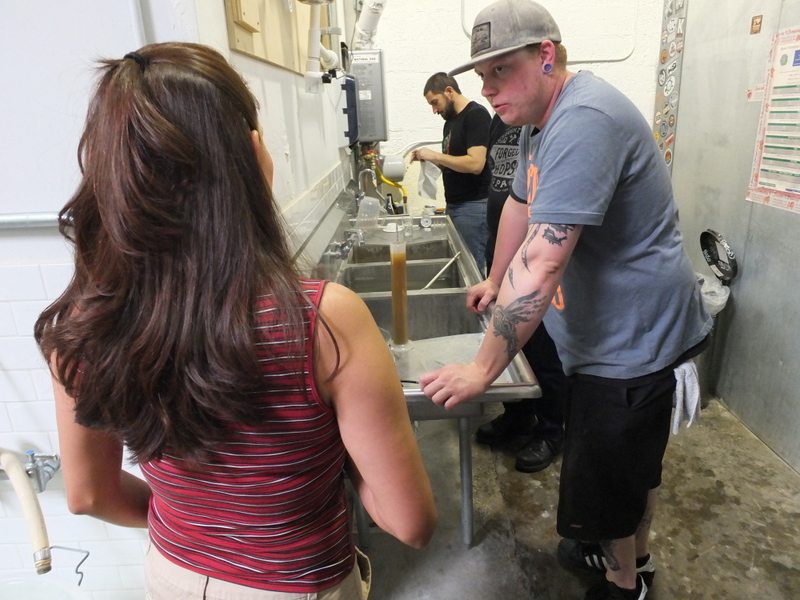 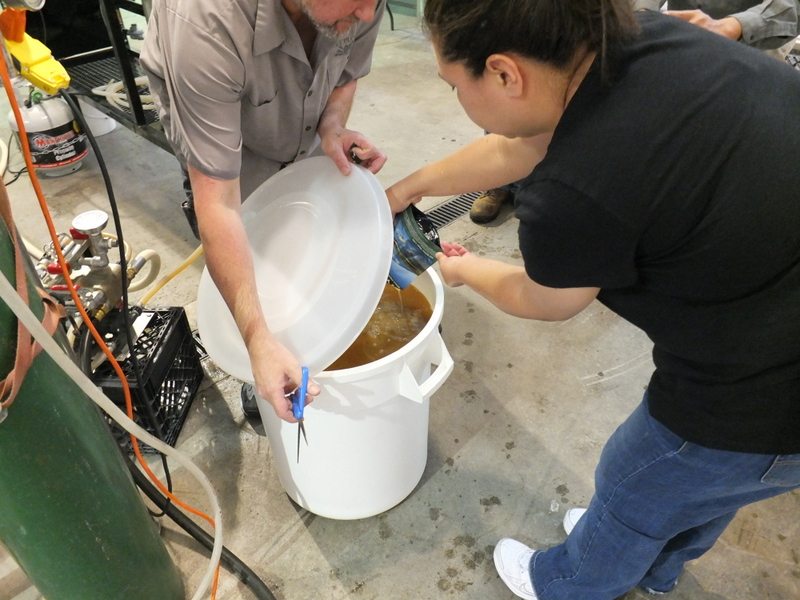 Now the beer is left to ferment for a couple of weeks before getting kegged for competition night.  It was a fun but long day and the team left looking forward to learning how it turns out.

The five team’s entries were anonymously presented with descriptions on the night of the tapping and tasting.  A panel of judges evaluted the brews separately from the beer drinking public.  A team called “Babes in Brewland” with a Pineapple Upside Down Saison was the people’s choice and the team from the “Dukes of Ale” was the judge’s choice with a Raspberry Hibiscus Saison.  I guess our team wasn’t fruity enough to compete, but our British-ish IPA turned out just fine.  Here were the entries: 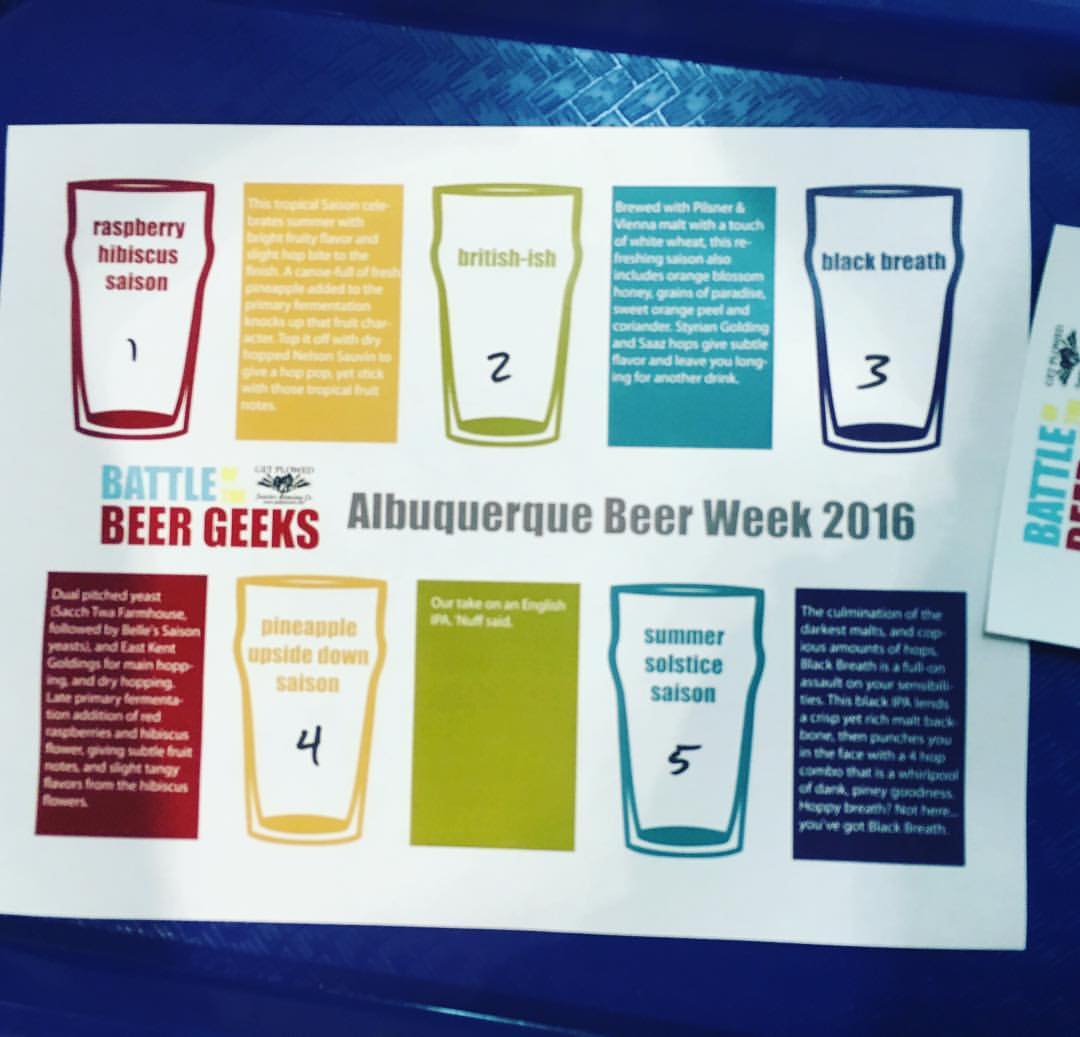