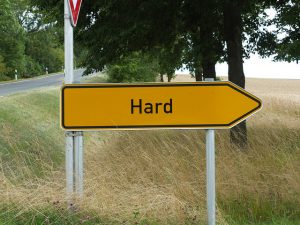 The Goldsteig is another of Germany’s and Bavaria’s long range hiking routes reaching from Marktredwicz in the north 660 km (about 375 miles) to Passau in the south. Much of the route travels through the southern Fichtelgebirge or spruce mountains region in northern Bavaria and then the Bavarian Forest paralleling the border with the Czech Republic to the East.  As the route heads South it eventually diverges into two routes that form a loop.   The route along the Czech border is referred to as the Northern Route and the other route the Southern Route.

My afternoon hike on the Goldsteig traveled over about 15 kilometers beginning at Waldershof, just to the South of Marktredwicz.  The character of the route in this area varied from farm roads, to, forest roads, to forest paths, to short sections through small farming villages.  The common denominator is the panoramic scenic views across expanses of rolling valleys.  This small sampling of the Goldsteig did not seem like a tourist area at all — more like a working farming area.

There was some pretty good cardio going on the several long uphill grades that I encountered along the way.  I came upon the sign to the village of Hard as I was making my way up one of these and it struck me as a very good representation of what was going through my mind at the time.

The rest of this story I will tell with images and pictures — captions when provided appear above the images:

This map shows the full route of the Goldsteig — someday I’ll get farther South on the route:

The Goldsteig is well marked — the gold swoosh reassures that you haven’t wandered off the route: 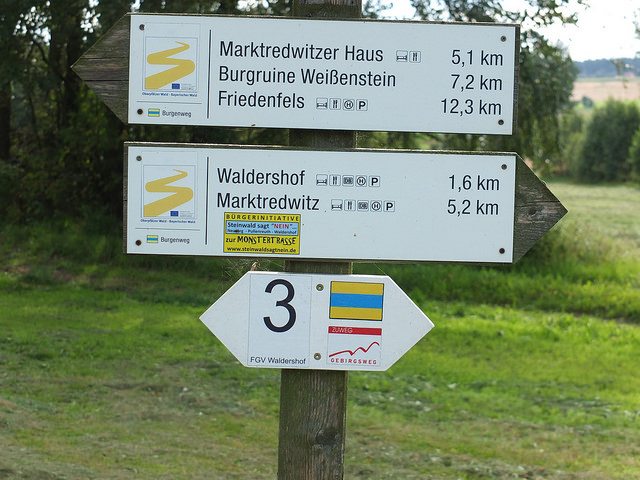 The route is loaded with scenic panoramas: 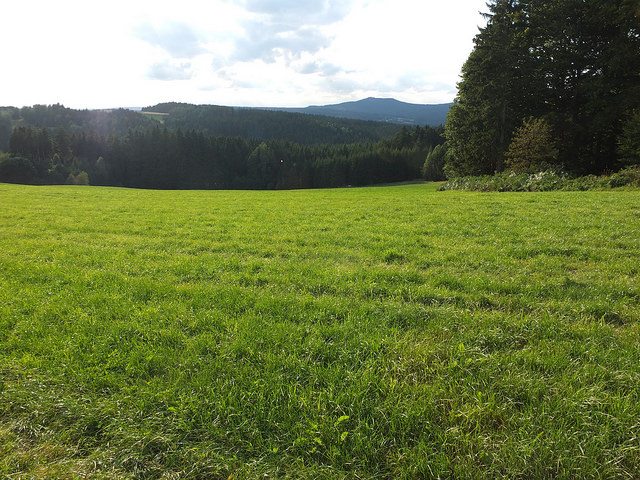 Some of the route follows farm roads …. 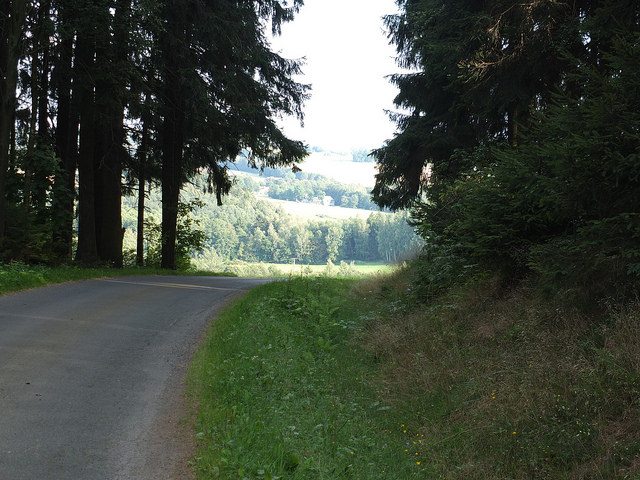 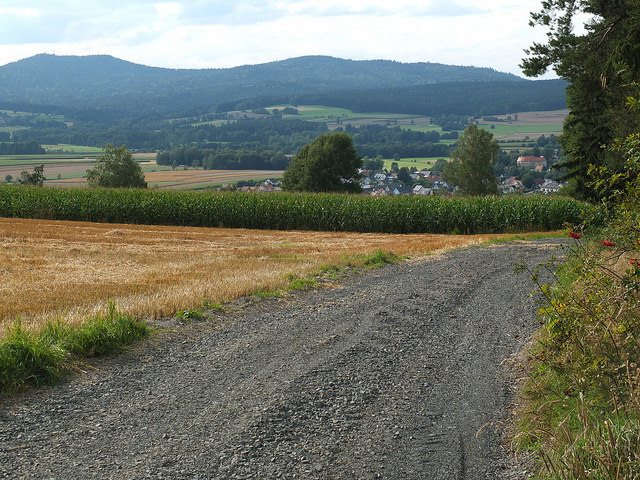 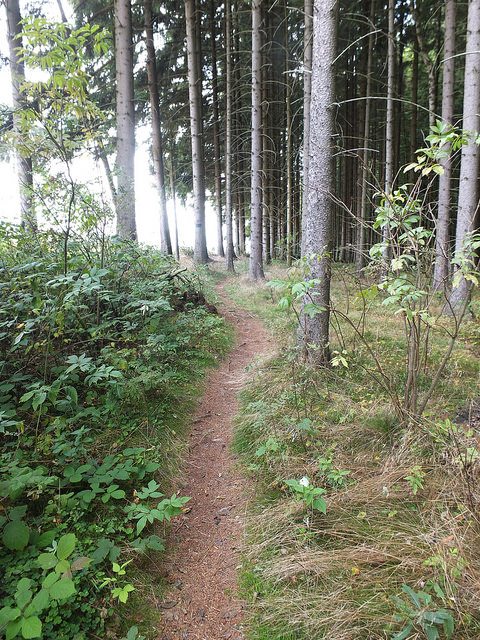 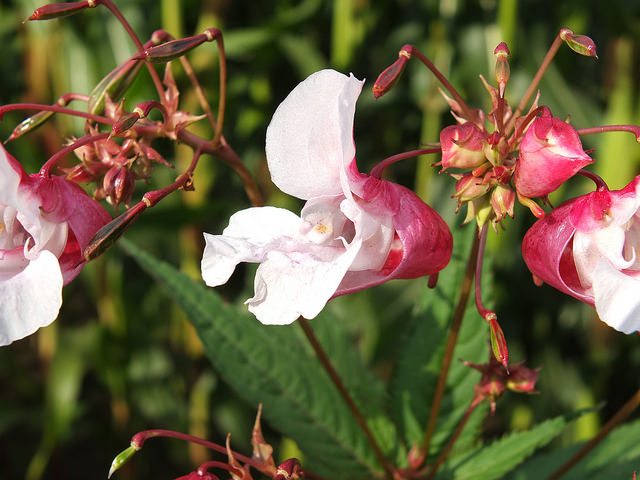 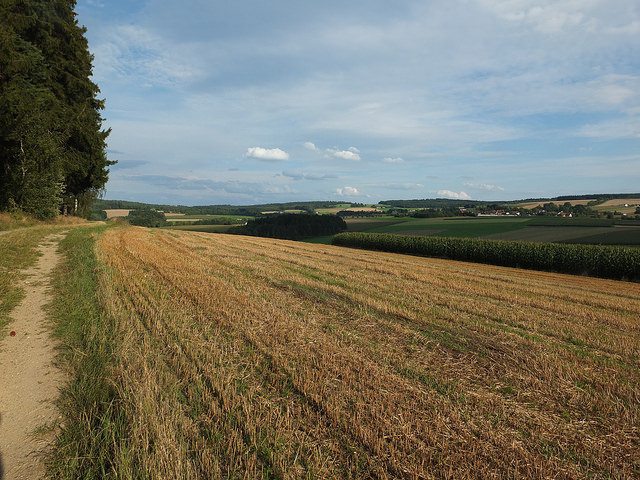 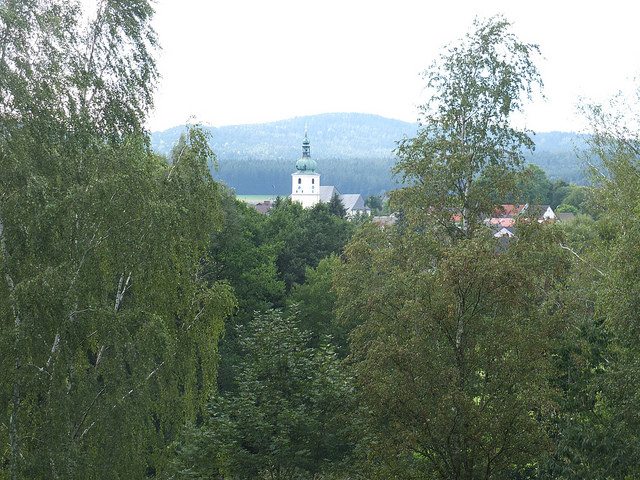 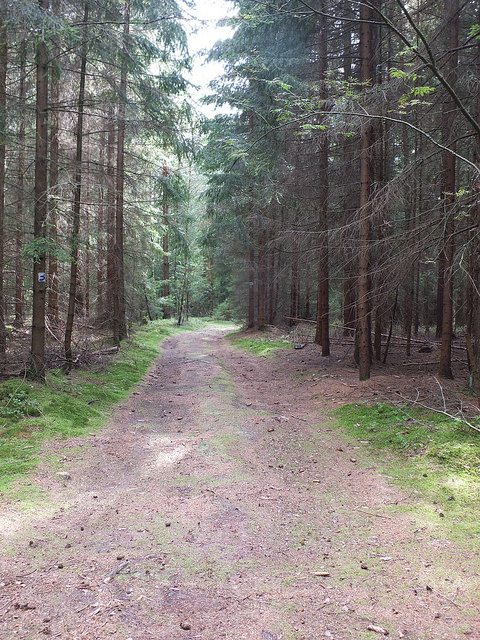 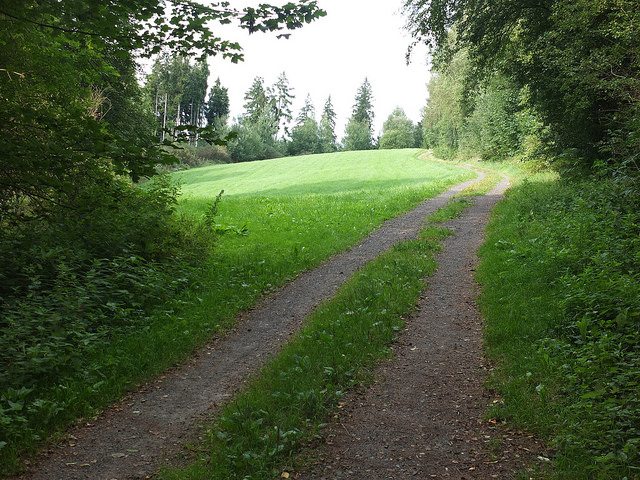 It was harvest time, so there was a good amount of activity in the fields 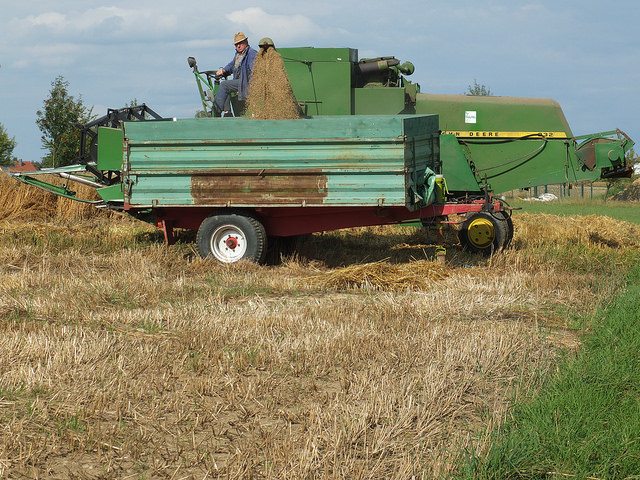 A remote chapel along the way 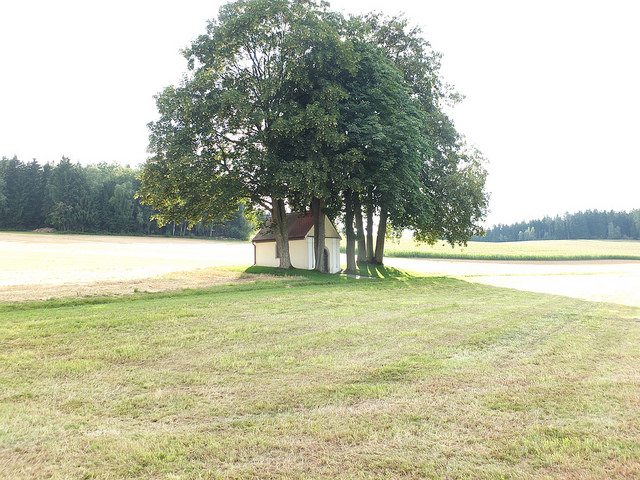 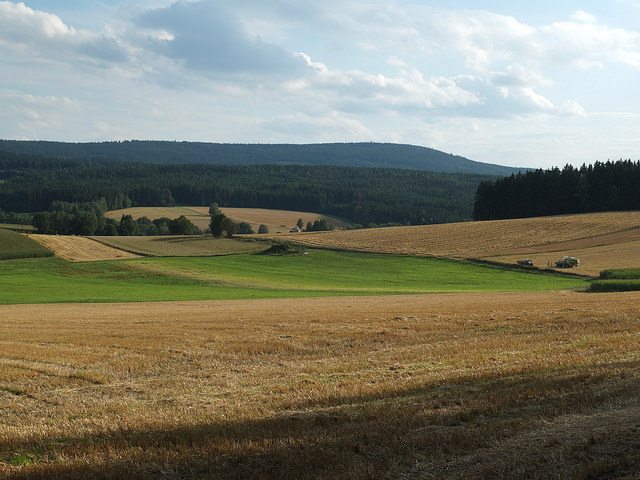 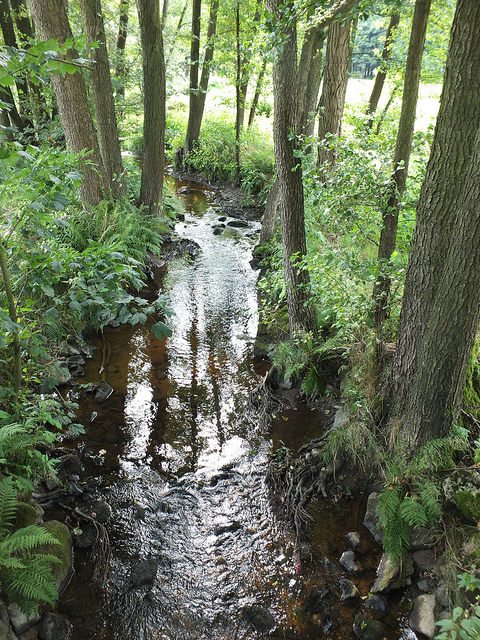 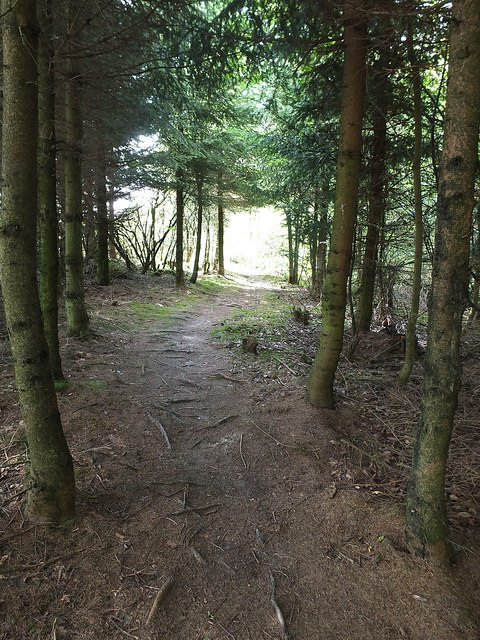 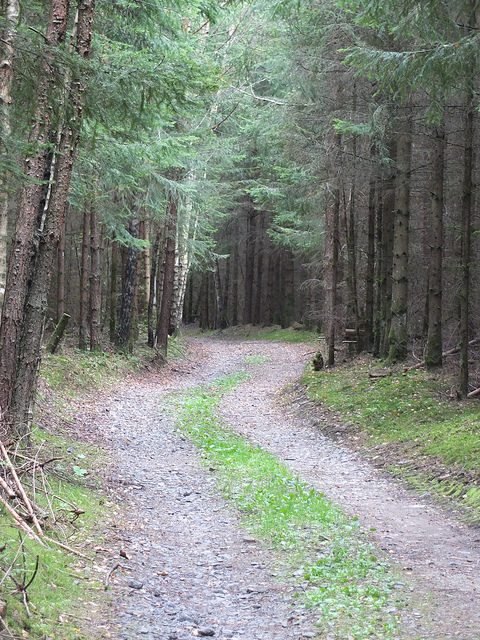 Small shrines are a frequent feature along the way 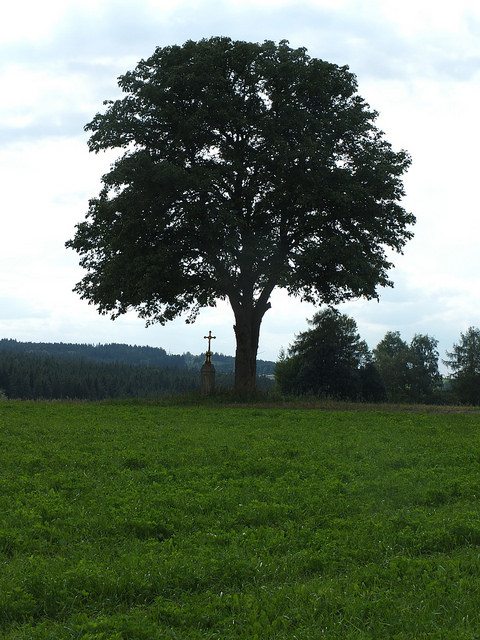 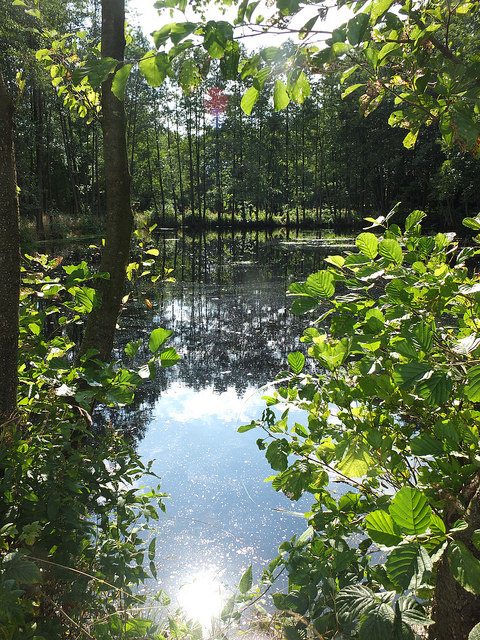 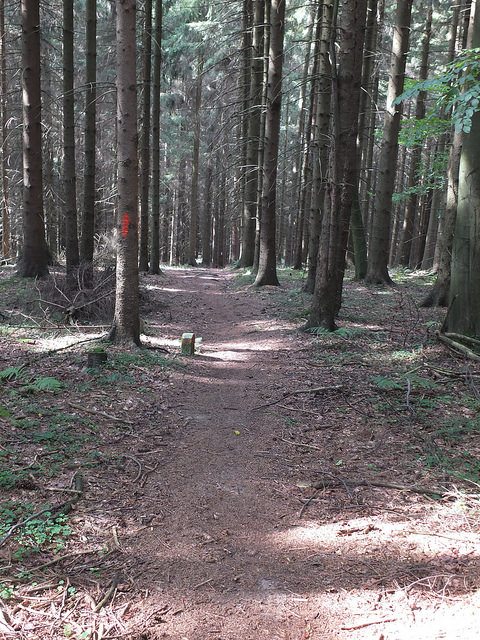 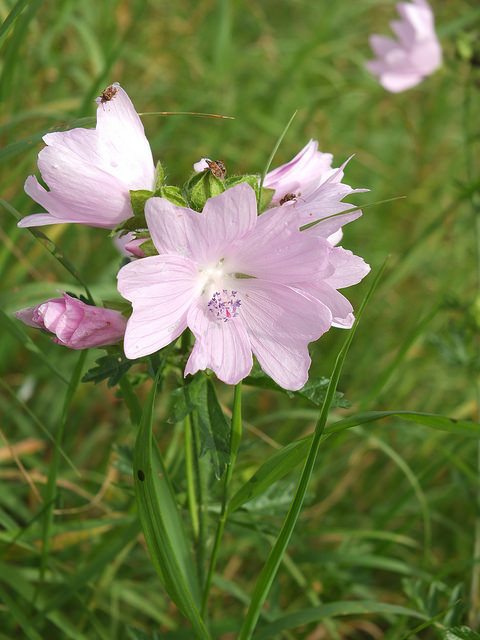 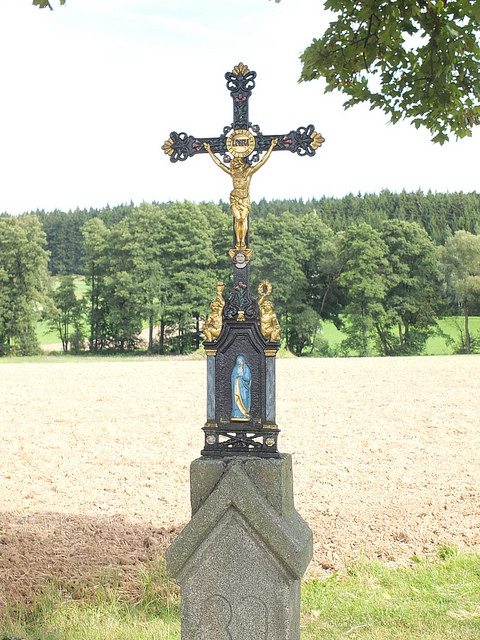